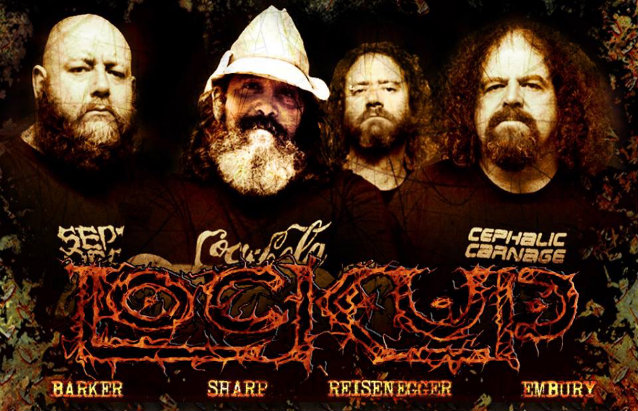 "Demonization" is the first LOCK UP album to feature "vokillist" Kevin Sharp, who replaced Tomas Lindberg (AT THE GATES) in 2014.

Said Sharp: "Barker is an absolute pleasure to follow — hits like an asshole on fire. Anton's tones and riffage are simply metallic and classic. And Shane and myself — well, we've done VENOMOUS CONCEPT for over 10 years now — I know how the man is wired.

"I'm super stoked to see the variables put together… This is gonna be ridiculously heavy."

Russ previously stated about his renewed collaboration with LOCK UP: "I'm absolutely chuffed sick to be back in the studio with my old mates LOCK UP.

"It's been 13 years since we last dipped our toes in the lake of fire. This time we're diving in head first screaming for Satan."