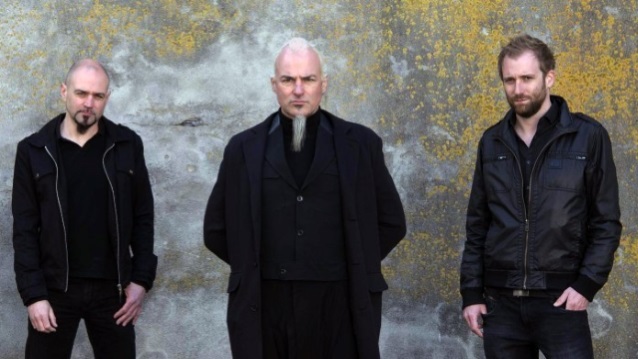 Longtime SAMAEL guitarist Marco "Makro" Rivao has decided to leave the group "to do something different." From now on, bassist Thomas "Drop" Betrisey will take over the guitar duties in the Swiss industrial black metal band and a new bass player will be announced shortly.

Rivao said in a statement: "As some of you might know, I've spent the last 16 years playing guitar for SAMAEL. During those years, I had the chance to meet lots of lovely people/fans, which in some cases turned into friendships, and so this statement goes to all of you.

"I've always been a fan of 'Passage', 'Rebellion', 'Ceremony Of Opposites' and when I received a phone call in 2002 from SAMAEL asking me if I'd like to join the band, it felt like an honor and also a chance to make a living out of music.

"All together, we've shared a great amount of good times and I'd like to thank everyone of you for making these moments real.

"SAMAEL is Vorph and Xy's story and I've been mostly a live interpreter for their music, and I'd like to thank them too for offering me this opportunity.

"Now it is time for me to do something different and so I am leaving SAMAEL.

"Vorph, Xy, Drop and all of the outstanding crew members I've worked with during those years are like family to me and so it shall remain.

"Thanks again to all of you for making these past years such an awesome journey with SAMAEL!"