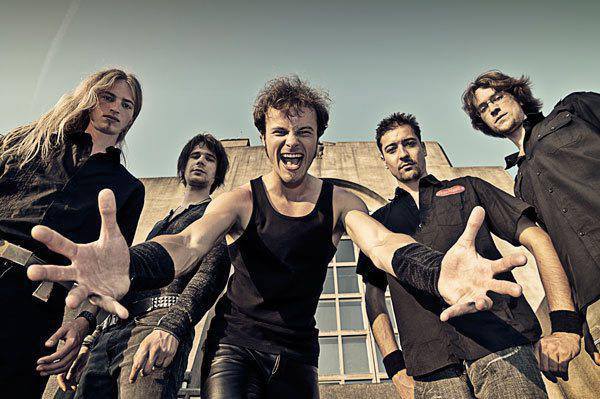 "We're so proud to have made another album which is 100% LORD VOLTURE, yet renewing in its own way. The compositions are more compact and in-your-face than on our previous records, but at the same time there is more rest and maturity and a better flow. Everything sounds loud, tight and confident, even in the unmixed and uncompressed tracks.

"Each of us has grown a lot since our last release, 'Never Cry Wolf', in 2011. Drums, bass, guitars, vocals... everything. If you ask me, this will become an instant-classics-only album!"

The band has announced that they will play live a number of the new album songs alongside classics from the "Beast Of Thunder" and "Never Cry Wolf" albums.