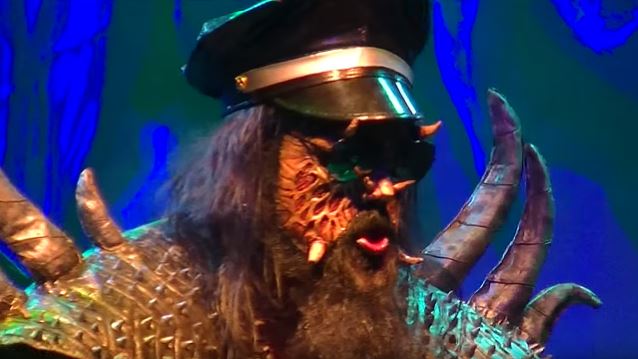 LORDI To Enter Studio In December

Finnish heavy metal monsters LORDI will enter the studio in December to begin recording the follow-up to 2014's "Scare Force One" album for a 2016 release. Speaking to Australia's The Rockpit, LORDI mainman Mr. Lordi stated about the relatively short gap since the arrival of the band's last CD: "The thing is, why wait? Because if you look back at the '70s, bands like KISS did, like, two albums a year. I don't know how the hell they did — maybe the world was a little bit smaller back then. But between the last two previous albums, they were pretty fast and we decided: why do we have to wait? We come up with new songs all the time, we have new material all the time, and we have the positive problem of having anything from 40 to 60 songs that are demoed fully, to choose the 10 to 13 songs that are going to make it to the album. It's nevertheless a problem, even though it's a positive problem, that we write all the time, and there's a lot of material, so why should we be waiting? So it's better to get them out of your system and keep working because that's what we want to do."

Asked if LORDI is trying to bring back the old days of bands releasing albums more frequently, Mr. Lordi responded: "I don't know if we're trying to bring it back, we're trying to make it work for ourselves. Of course, back in the day, the band would go to the studio, they write during the tour, they would take two weeks off from the tour, they go to the studio and then they record and then they go back to the tour. That's how it was done back in the day, but it's a different place now; the music business is struggling. There's all kinds of different variables now that didn't even exist back then. But we're trying to be productive, more productive for the next one. As long as there is a label, as long as there is backup for us who are letting us do this, we have absolutely no reason to block out any activity. Why? As long as there is somebody to say, 'Yeah, if you guys have any material, go to the studio and do it.' So fuck yeah — we're doing it, we're happy to do it. We're really privileged to be able to do it."

"Scare Force One" was recorded with veteran Finnish producer Mikko Karmila, while the two efforts before it, "Babez For Breakfast" (2010) and "To Beast Or Not To Beast" (2013),were made in Nashville under the watchful eye of legendary producer Michael Wagener (SKID ROW, WARRANT). 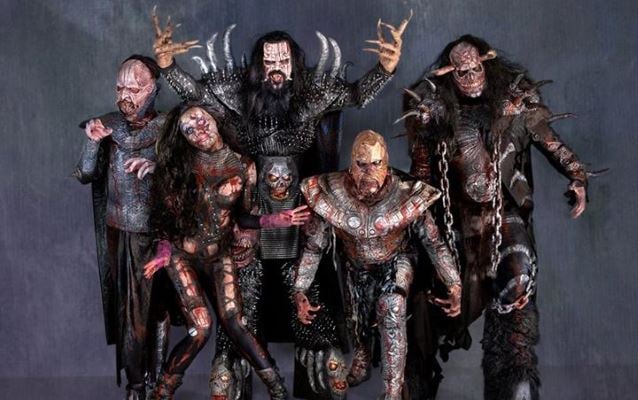