LORDI To Perform On 'Late Night With Conan O'Brien'

LORDI and reactivated California metallers LIZZY BORDEN will team up for a U.S. tour in November. Also appearing on the bill is STOLEN BABIES. Confirmed dates are as follows:

LORDI's fourth studio album, "Deadache", will be released in the U.S. on October 28 and internationally in the same week. The Nino Laurenne-produced CD, much like its predecessors, is catchy, melodic hard rock, but this time around there is a rougher edge to the music.

Japan's WeROCK City has posted a seven-minute interview with LORDI frontman Mr. Lordi and drummer Kita conducted during the band's recent promotional visit to Japan. They talk about their new costume designs, upcoming album "Deadache" and the experience of meeting their rock idols KISS and ALICE COOPER for the first time when they shared the stage with them at the Rock2Wgtn festival in New Zealand this past March. Watch the interview at this location. 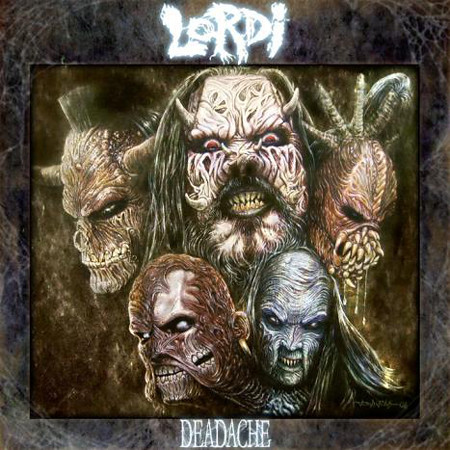