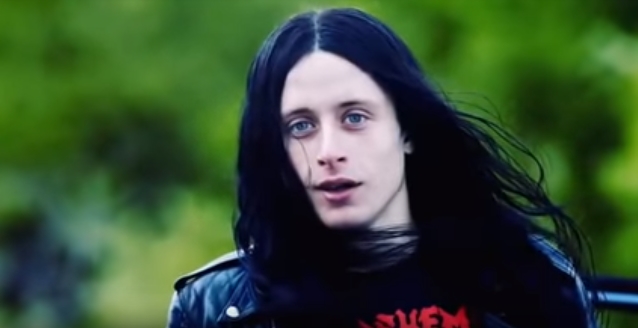 Unobstructed View and MVD Entertainment Group have set a May 28 release date for "Lords Of Chaos" on Blu-ray/DVD combo and DVD. It's a thrilling coming of age horror/drama, weaving together rock 'n' roll, youth, love, and death through an incredibly dark story. Renowned Swedish director Jonas Åkerlund ("Polar") brings his notorious visual aesthetic to the film, alongside ground-breaking performances from Rory Culkin ("Succession", "Signs", "You Can Count On Me") and Emory Cohen ("The Place Beyond The Pines", "Brooklyn").

The movie stars Culkin as Euronymous, Cohen as Varg, Anthony De La Torre ("Pirates Of The Caribbean: Dead Men Tell No Tales") as Hellhammer, Sky Ferreira ("The Green Inferno") as Ann-Marit, Jack Kilmer (Val Kilmer's son) as Per Yngve "Dead" Ohlin, and Valter Skarsgard (Stellan Skarsgard's son) as Faust. That cast is joined by Sam Coleman as Metalion, Jonathan Barnwell as Necrobutcher, Wilson Gonzalez Ochsenknecht as Blackthorn, Lucian Charles Collier as Occultus, Andrew Lavelle as Fenriz, and James Edwin as Manheim. Culkin and Ferreira were visible in METALLICA's "ManUNkind" video, which was helmed by Åkerlund and which contains scenes from the movie.

Åkerlund told The Hollywood Reporter that he considers "Lords Of Chaos" to be his "first real movie." He explained: "I went deeper with this film than any of my other movies. I approached my other films like I did my music videos or commercials, like jobs. But 'Lords Of Chaos' I wrote myself, and it's a close, personal story. I know these people. All my best friends are still in the metal scene. Per was a friend. We were all shocked when he committed suicide. When the news of the church burnings came out, in 1993, I was already living in Los Angeles, but we all knew who was behind them. It took the police a lot longer to find out. I've been trying to get this movie made for a very long time — I've been pitching it around Hollywood for years."

Asked why it took so long to get the movie made, Åkerlund said: "Well, I always knew this was a hard sell. It still is, to be honest. It's asking a lot from an audience. It's a very dark story but I find it hard to have a story about music and young kids without adding humor. So it's really funny but it's definitely not a comedy. It has some horror elements — I tried to make the murder scenes as authentic and as close to real life as I could, reading the police reports for details — but it's definitely not a horror movie. The tone of the movie is all over the place, but when you see it, it comes together. In the end, I think of it more of a relationship drama. It's really about the story, almost a love story, between these characters." 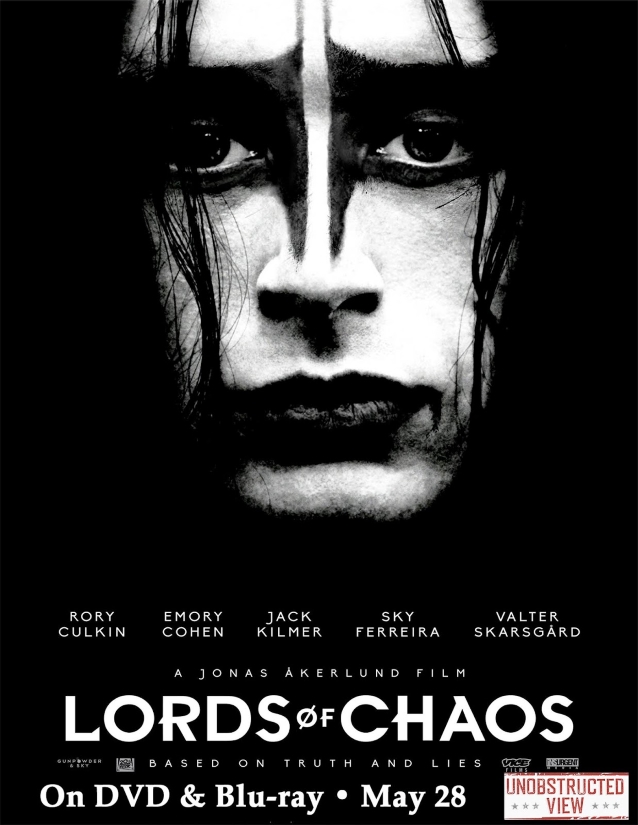