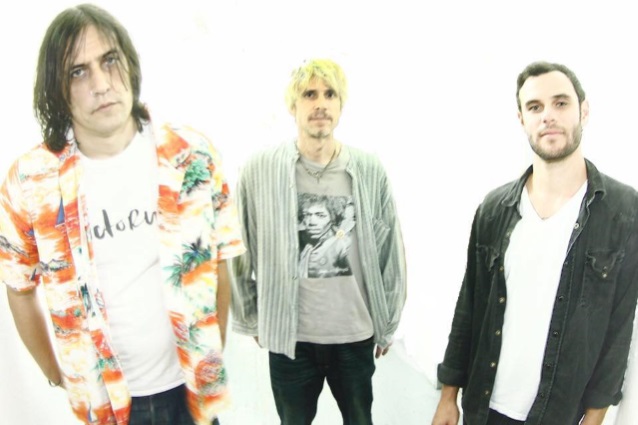 The influential Los Angeles-based heavy psych trio NEBULA will end its eight-year hiatus in 2018 and return to action with a new studio album and a series of European tour dates.

Formed in 1997 by guitarist Eddie Glass and drummer Ruben Romano upon leaving FU MANCHU, NEBULA released its debut EP, "Let It Burn", via Tee Pee Records in 1998. From there, the group released two acclaimed full-lengths — "To The Center" (1999) and "Charged" (2001) — through Sub Pop Records, followed by two more (2003's "Atomic Ritual" and 2006's "Apollo") on Century Media's now-shuttered rock imprint Liquor And Poker Music. The group's most recent release was the 2009 EP "Heavy Psych".

NEBULA — whose cosmic cocktail of heavy riffs, electric blues and psychedelic space rock has earned the band international acclaim — creates guitar-driven, consciousness-expanding rock for the 21st Century. They are a culmination of their rock forebears such as Jimi Hendrix, MC5, THE STOOGES and MUDHONEY turned up a notch, taken to the next level and blasted through space.