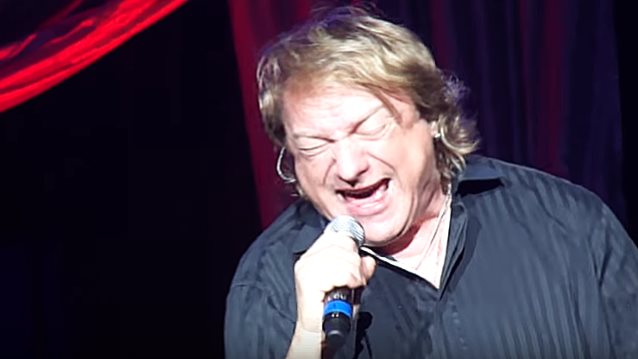 Lou Gramm says that "it was great" to perform with fellow original FOREIGNER members this past summer.

Although there have been previous partial FOREIGNER reunions earlier this year — in Florida, Spain and at Jones Beach in New York — the Michigan concerts marked the first time all of the musicians were together onstage at the same time.

In a brand new interview with Rockbandreviews.com, Gramm stated about performing with his former bandmates again: "It was great to get back on stage with the original FOREIGNER. We played about six or seven songs; it was a lot of fun. And Mick, of course, played with us. And then the two bands — the FOREIGNER of today and the original FOREIGNER — actually played a few songs together, and that was also fun. And they are really nice guys and good musicians. And we had a lot of fun, and we're gonna do some more, I think."

Regarding his future plans, Lou said: "I've been doing weekends for the last few years. That's kind of nice. You leave Thursday, you play Friday, Saturday [and] you come home Sunday. So I think we're gonna be doing more of those, and then there's gonna be the FOREIGNER shows. I don't know how many of those we're gonna do into what month. I suppose it depends on the reception of the audience. So I think everything is kind of poised for a fun and interesting summer [of 2018], and let's see what happens."