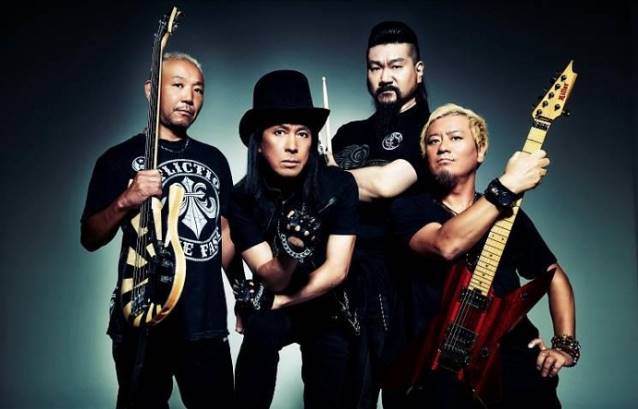 LOUDNESS To Release 'The Sun Will Rise Again' Album In June

Japanese metallers LOUDNESS will release their new studio album, "The Sun Will Rise Again", on June 4.

A teaser for the video for the CD's title track can be seen below.

Fan-filmed video footage of LOUDNESS performing a brand new song, "Mortality", from "The Sun Will Rise Again", on March 31 aboard the Monsters Of Rock cruise, can be seen below.

The band in 2012 inked a deal with FrostByte Media for the release of the "Eve To Dawn" outside Japan. The CD was originally made available in the group's home country in September 2011.

LOUDNESS released a CD+DVD set entitled "Live Loudest At The Budokan '91" on December 23, 2009 via Warner Music Japan. The album was recorded on May 31, 1991 in Tokyo, Japan and features Mike Vescera (OBSESSION, YNGWIE MALMSTEEN) on vocals.

In a 2012 interview with Examiner.com, LOUDNESS singer Minoru Niihara stated about the band's songwriting process: "First we have basic concepts and ideas for songs in Japanese and translate them into English. After that, we work with English-speaking songwriters. Then the songwriters will read lyrics and record them for us for pronunciation and intonation. We listen to them over and over to master them. It takes time to master them all, but in the studio I sing them so many times, recording, that I can sing them by heart by the time the recording is done. Memorizing songs for live performances is the same both in English and Japanese."

He added: "The hardest thing is pronunciation. My English has a heavy accent and not that great, but that is sort of my signature, I think. To make it easier, I just have to practice. Performing on the stage over the years has given me poise and self-confidence."

Asked about LOUDNESS' current drummer Masayuki Suzuki, who replaced the late Munetaka Higuchi in 2008, Niihara said: "His nickname is Ampan. Akira [Takasaki, guitar] jammed with Ampan in Sapporo and felt that he is 'our guy' and brought him to Tokyo to do an audition. [Bassist] Masayoshi [Yamashita] and I had never heard of him or seen him perform before he came to Tokyo with Akira. I loved his powerful playing style once I saw him in the audition and also loved the fact that it was very different from Munetaka's. Because Munetaka was such a great drummer, I understand that Ampan is constantly under pressure from being compared to him, but I believe he's the best at what he does and is a wonderful drummer."

He added: "Before he joined LOUDNESS, [Ampan] was working as a music producer and has written lots of songs in many different styles. He’s already written various songs from thrash metal to beautiful ballads for the band. Also, as a drummer he's brought the band a new groove. After Munetaka's passing, his playing has breathed new life into LOUDNESS. His twin bass drums have such a destructive power. We are extremely lucky to have found him." 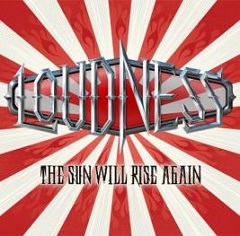