LZZY HALE, SUZI QUATRO, LINDA PERRY To Be Honored At 2020 'She Rocks Awards'

The Women's International Music Network (the WiMN) proudly announces a stellar array of honorees for the 2020 She Rocks Awards. Paying tribute to women in the music industry, the eighth annual She Rocks Awards will take place at 7:30 p.m. on Friday, January 17, 2020, at the House of Blues Anaheim, during the NAMM Show. This high-energy evening includes live music, awards and speeches, celebrity appearances, a fabulous silent auction, amazing gift bags and much more.

The 2020 She Rocks Awards recipients include:

Additional honorees and featured guests will be announced soon.

This year's opening performers will be Japanese act D_DRIVE, hosted by Marshall Amplification. Consisting of Seiji and Yuki on guitar, Toshi on bass and Chiiko on drums, they play high-energy, instrumental rock music with a combination of jaw-dropping guitars and a fireball rhythm section delivering a unique sound.

"We're ready to kick off 2020 in a big way, and our upcoming honorees are an exciting part of that," says The WiMN founder Laura B. Whitmore. "These women go above and beyond in their respective corners of our industry and are perfect examples of why we are proud to celebrate women in music."

Gearing up for its eighth consecutive year, the She Rocks Awards pays tribute to women who display leadership and stand out within the music industry, and has become a standard at the NAMM Show. Previous award recipients include Melissa Etheridge, Pat Benatar, THE B-52S, Colbie Caillat, Sheila E, Chaka Khan, Ronnie Spector, Orianthi, Lisa Loeb, THE BANGLES, and many more, plus a collection of role models from all walks of the music and audio industries.

Tickets are now on sale for the 2020 She Rocks Awards, available in four tiers that include dinner and more. This event is open to the public; a NAMM Show badge is not required to attend the She Rocks Awards.

Find out more and purchase tickets at sherocksawards.com. 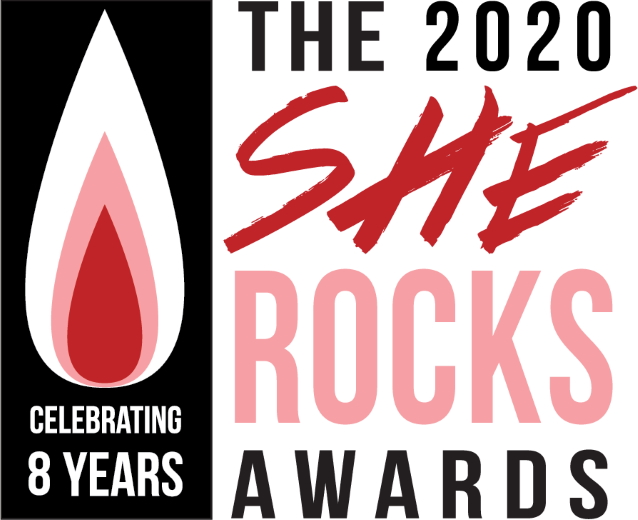