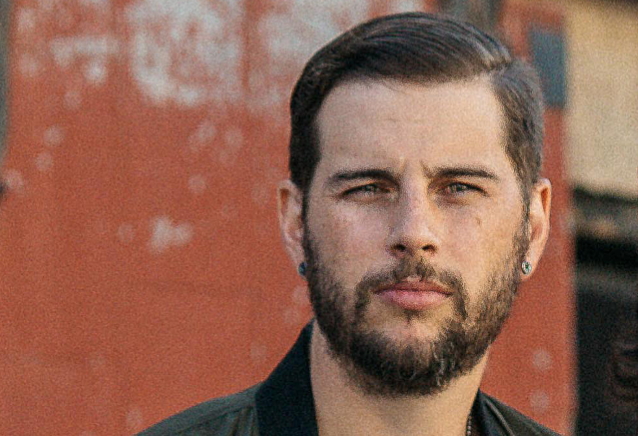 During an appearance on a recent episode of "The Bob Lefsetz Podcast", AVENGED SEVENFOLD singer M. Shadows offered an update on the band's long-awaited follow-up to 2016's "The Stage" LP. He said (as transcribed by BLABBERMOUTH.NET): "We recorded an album a few years ago. We haven't finished it yet. We kind of took some time off for family, COVID, weird touring circumstances, some changes within our team. And we are still currently with one record left on Warner Brothers Records. We'll be finishing that record up — I think we have May locked out; our producer can get back to work on it — and then we're gonna go mix with Andy Wallace in August. And then we're gonna figure out if it's [going to be released in the] first quarter or fourth quarter or what we're gonna do. And then we're gonna be booking tours and put the tickets on sale when the record comes out and the whole nine yards."

M. Shadows also addressed the fact that Warner Bros. sued AVENGED SEVENFOLD in late 2015 after the band left the label by citing the California Labor Code's "seven-year rule." The rule allows for parties to exit contracts after seven years if certain unfavorable conditions exist. The band then moved on to Capitol, which issued the aforementioned "The Stage" as a surprise release in October 2016, promoted with a concert on top of the Capitol building.

The singer explained how AVENGED SEVENFOLD ended up returning to Warner Bros., saying: "There's a lot that goes into that. We pulled the old seven-year clause that we were trying to get out of our deal, but the reality is we wanted our masters back — we wanted to make some sort of deal and be able to own our recordings, or possibly re-sign and get a check, all the things you can do. And then we started thinking about the seven-year clause and we actually wanted to see if we could help artists out in a way.

"The people that we had a problem with at Warner Brothers that simply weren't engaged in the band had left, and some new people came in and they flew out and we basically broke bread and said this record we did with Capitol Records, come back to Warner Brothers, finish up your deal and we'll deal with it from there. So, obviously a lot of rabbit holes in there."

Elaborating on why AVENGED SEVENFOLD was so unhappy with Warner Bros. before going back to the label, M. Shadows said: "[When] our 2014 record, 'Hail To The King', came out, we just noticed that no one at the label cared about our band. Basically, they'd come to the recordings, they'd come and check out the record, and it was just everyone's on their phone, and there was just no support. So we tried to get a better deal or at least get our masters back and get out of there. We went over to Capitol Records and put out a record. I think we're the only band that actually put out an album while we were still in some sort of litigation over the seven-year clause which caused a huge uproar between the labels and ourselves."

Pressed by Lefsetz about how Capitol feels about AVENGED SEVENFOLD returning to Warner Bros. after the band released only one album through the former label, M. Shadows said: "We went to Capitol and they knew the situation we were in, obviously. They're not dummies — they're not gonna sign us and say, 'We're getting into some long-term deal here.' We were under the idea that we would get our record back. They were basically putting one record out for us, and then we'd be free. So I think they kind of probably expected something like that to happen. When the regime change happened with Warner Brothers, and obviously the amounts of money we were spending arguing with them back and forth, it was obviously… the smart thing to do was just kind of put it to bed. So I think Capitol, they're fine. They got their one record, and we went out and worked it — we toured for a long time on it. And now we're back to finishing up our contract."

A provision in the California Labor Code's "seven-year rule" allows labels to collect money that would have been made on undelivered albums. In its lawsuit against AVENGED SEVENFOLD, Warner Bros. sought damages based on the fact that the band had one album left on its contract, while the group argued that extensive turnover in the label's staff led to an unsatisfactory working relationship. Had it lost the case, AVENGED SEVENFOLD would have faced a verdict between $5 million and $10 million. Warner Bros. was also allowed to seek its attorney fees — which by 2018 had amounted to more than $1.5 million.

"The Stage" debuted at No. 4 on The Billboard 200 album chart in November 2016. The surprise release of the disc earned the lowest sales of an AVENGED SEVENFOLD album in eleven years. It sold 76,000 copies in its first week, less than half the tally of its previous two efforts.

A few years ago, M. Shadows told The Pulse Of Radio that AVENGED SEVENFOLD was aware of the risks in such an unusual release. "One thing that we knew, you know, all the analytics proved that, you know, we shouldn't do this because of the way that rock fans consume music," he said. "You know, it's very physical-heavy, and one thing we knew is that we had to get records in stores, but we were gonna be basically setting ourselves up for a leak, which would have been a huge disaster. But Capitol Records did an amazing job of being able to get these records into stores, so we were able to be the first band to actually have a physical and digital release that was a surprise."