MÖTLEY CRÜE guitarist, co-songwriter and creator of some of the most beloved and memorable guitar riffs of all time, Mick Mars, will reach fans in a whole new way by partnering with the celebrity services division of Paid, Inc. to build a brand new web site at MickMars.tv. The site, launching January 30, features an unparalleled level of fan interaction tied to Mars' music and guitar playing prowess.

Mick Mars' signature guitar sound has defined an entire generation in American music, and Mars has been deemed one of the world's greatest guitar players by fans and critics worldwide with many superstar musicians crediting Mars as an influence. Through his recent songwriting collaboration with emerging glam rock artists CRASHDIET for "Alone" and "I Don't Care" off their "Unattractive Revolution" album, his featured credit on HINDER's title track off "Take it to the Limit" and his guitar playing on "Light" off the new PAPA ROACH album "Metamorphosis" (due out in March), and as a judge (with fellow MÖTLEY CRÜE mates) of the Guitar Center On-Stage where one band was chosen out of close to 8,000 entrants, Mars has demonstrated his deep commitment to influencing up-and-coming musicians by sharing his history and eclectic songwriting talents.

"Being in MÖTLEY CRÜE has provided me a huge opportunity to personally reach out and connect with my fans," said Mars. "Now I am able to create this huge vision of a web platform filled with really cool, interactive features and a chance for people to dynamically connect with me and my music in a hands-on manner."

"It is absolutely thrilling to see Mick's creativity, level of involvement and devotion to his fans as we plan this program," said Keith Garde, Paid, Inc. celebrity services president. "It will be really exciting to see fans get fired up about the kind of access they will have to this musical genius — this master of rock riffs whose influence is in the DNA of every serious hard rock guitarist since the first time they heard Mick rip it up in 1982 on 'Too Fast for Love'."

The web site is the center of the new fan community and will provide a forum for Mars to share news and thoughts on all things hard rock; tour and appearance information and will include multiple levels of interaction between the fans and Mick himself. Fans can tune in to the web site for news on MÖTLEY CRÜE's recent nomination for a 2009 Grammy Award for "Best Hard Rock Performance" ("Saints of Los Angeles") and the Grammy Awards ceremony on February 8, as well as MÖTLEY CRÜE's "Saints of Los Angeles" 2009 arena tour that will kick off February 2.

In an exciting and groundbreaking move, Mars plans to use his new web site to host online guitar playing clinics and provide interactive tablature for portions of his most popular and famous riffs and solos, along with video demonstrations of how he uses his own innovative techniques to create some of his trademark phrases and sound effects.

The web site also will feature CRÜE nostalgia and a new line of merchandise. In partnership with Paid Authentic, Paid, Inc.'s memorabilia authentication service, Mars will make available his own personal memorabilia from his years with MÖTLEY CRÜE. All autographed items and memorabilia originating from Mick Mars himself, such as items used on stage or in the recording studio, offered through MickMars.tv will include certificates of authenticity which are logged into Paid Authentic's online database. Certificates of authenticity from reputable firms serve as guarantees of authenticity and an important factor in helping collectibles maintain or increase in value. 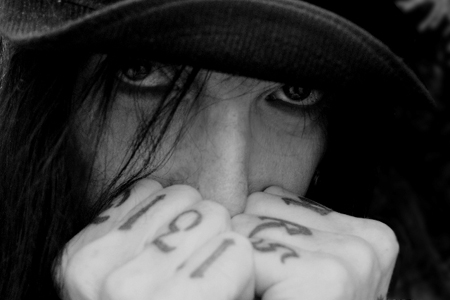