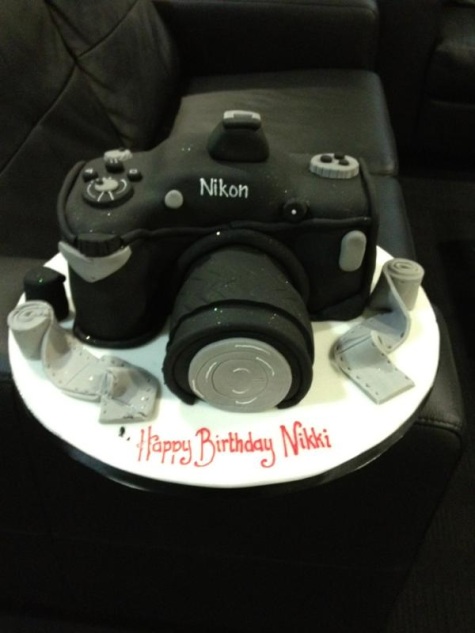 A photo of the cake Sixx received from his bandmates and road crew while on the road in the U.K. with DEF LEPPARD and STEEL PANTHER can be seen below.

The California native was a major drug abuser during much of the band's first decade, and was once even declared dead for two minutes after overdosing on heroin. Since getting sober, however, Sixx has continued to record and tour, written two books, taken up photography and become president of a record label. He told The Pulse of Radio that sometimes he can't believe his current lifestyle. "It's insane," he said. "It's insane. And you know what? If you manage it well, you can achieve so much on the planet, more than what I used to be able to achieve, which was, 'Let me write ten songs, record an album and go on tour.' That's it. That's all I did. That's like, ridiculous. If all I had to do was make a MÖTLEY CRÜE album and tour, I'd feel like I was gonna slit my wrists, I'd be so bored now."

Sixx's real name is Frank Carlton Serafina Feranna. He was born in San Jose and raised by his mother and grandparents after his father left the family.

After moving around several times, he struck out for Los Angeles on his own at the age of 17, first joining the band London before forming MÖTLEY CRÜE in 1981 with drummer Tommy Lee.

The band released its debut album, "Too Fast For Love", in 1982, and scored its commercial breakthrough in 1983 with "Shout at the Devil".

Despite other hit albums such as "Girls, Girls, Girls" and "Dr. Feelgood", the CRÜE went through a period of uncertainty in the '90s, with both singer Vince Neil and Lee leaving the group at different times.

The original band reunited in 2004 for a hugely successful world tour, at which point Sixx officially declared himself sober.

His darkest drug period was chronicled in a 2007 memoir, "The Heroin Diaries: A Year in the Life of a Shattered Rock Star", and the accompanying album by his side project SIXX: A.M.

Sixx has been married twice, to Playboy Playmate Brandi Brandt and actress Donna D'Errico, and has five children. He is currently dating model Courtney Bingham.