MACHINE HEAD has announced the rescheduled dates for the second European leg of its 25th-anniversary tour for the band's classic debut album, "Burn My Eyes".

The second run of dates, which was postponed due to a fast-spreading outbreak of the new coronavirus, was originally scheduled to kick off in Zaragoza, Spain on April 19, continuing across Portugal, Eastern Europe, Russia, Scandinavia, wrapping in the U.K. with a Birmingham show at the Academy on June 6.

Earlier today, MACHINE HEAD released the following statement: "Shout out to our booking agent Adam Saunders for for being able to reschedule a nearly 2 month long tour through a staggering amount of countries.

"While we are thrilled to announce these rescheduled dates and very much look forward to seeing you all, we will be monitoring the situation closely to ensure the reality of doing them. Of the utmost importance to us is the health and safety of the Head Cases. We will not put you or others at risk, during this unprecedented time.

"As is quite obvious, nearly all of the dates we've listed are still in a 'Shelter In Place' situation, with no public gatherings allowed over 10 people. We are all hoping that this will be sorted out by then, if that is not the case by August, will make a decision as to whether we will be allowed to proceed.

"Stay home, wash your hands, social distance, we will power through this friends."

Flynn told France's HEAVY1 about Kiełtyka and Alston's addition to MACHINE HEAD: "We were doing auditions for a while, and Vogg's audition just fucking blew my mind — it was so fucking tight and fucking accurate. He sent over [a recording of] 'Imperium' as his first song just as a test. We always had all the dudes do a sound test, just to make sure the levels are good and stuff. I was, like, 'Oh my God! This dude is playing 'Imperium' better than I can right now.' [Laughs] It was crazy. And we ended up talking. Super-nice guy. Matt, same thing. We flew him out, jammed with him, and he killed it."

Asked how all the musicians are getting along and whether they are traveling together, Flynn told HEAVY1: "We're all in the band together — we all live together. The band's all on the bus — all six of us. And it's a great ride, man. Everybody is very respectful; everybody knows their role and just kind of doing it here and enjoying it. Everybody is out here having a blast. It's so nice to have people who are in a positive frame of mind, 'cause it wasn't like that in the past. And now it is, and it's fucking awesome."

Demmel and McClain exited MACHINE HEAD in the fall of 2018. 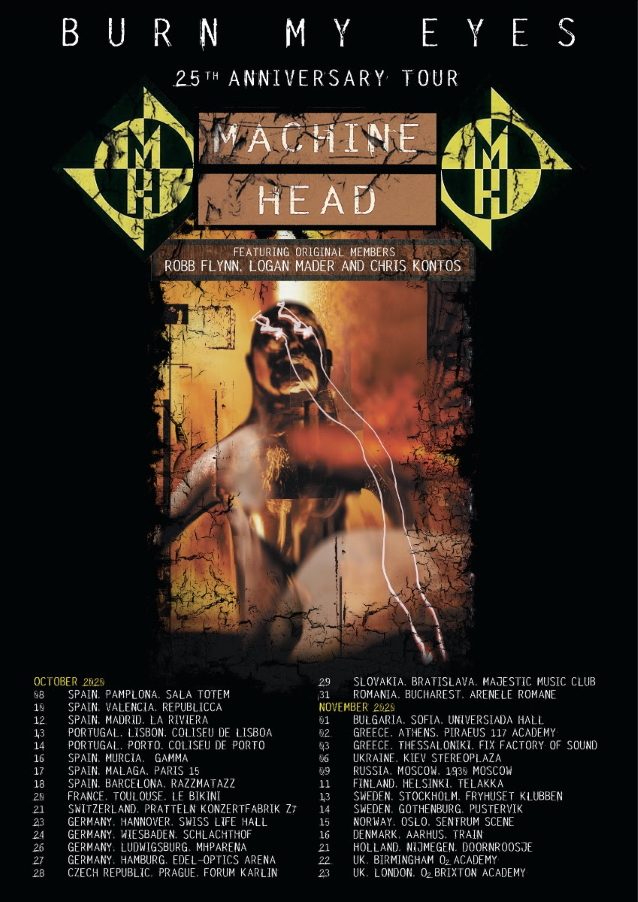