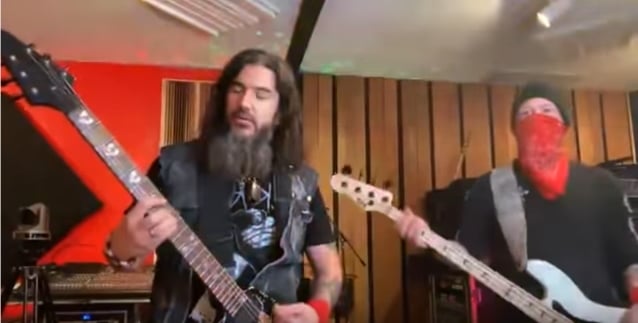 MACHINE HEAD's Robb Flynn and Jared MacEachern held a New Year's Eve "Electric Happy Hour" during which they performed around a dozen and a half songs, including MH tunes "Be Still And Know", "From This Day" and "Halo", plus covers of TEMPLE OF THE DOG's "Hunger Strike" and METALLICA's "Nothing Else Matters". You can now watch the session below.