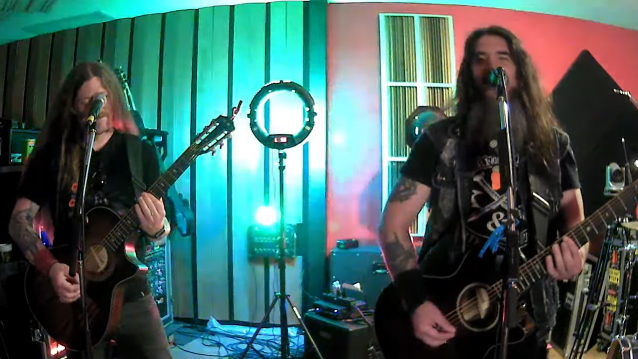 MACHINE HEAD's Robb Flynn and Jared MacEachern held the latest "Electric Happy Hour" on Friday, May 14 during which they performed around a dozen and a half songs, including MH tunes "Davidian", "Ten Ton Hammer" and "Now We Die", plus covers of STONE SOUR's "Bother" and JUDAS PRIEST's "The Sentinel". You can now watch the session below.