British melodic rock icons MAGNUM will release a new live album, "Escape From The Shadow Garden - Live 2014", through SPV/Steamhammer in Scandinavia on May 6, in Germany on May 8, in the rest of Europe on May 11 and in the USA on May 12 as a super jewel case version, double gatefold vinyl version and as a digital download. The CD was recorded in the spring of 2014 at select venues on MAGNUM's successful "Escape From The Shadow Garden" European tour. The setlist includes songs from seven of MAGNUM's eighteen studio albums.

MAGNUM's 19th studio album, "Escape From The Shadow Garden", was released in March 2014 via Steamhammer/SPV. The effort was made available as a limited digipak edition with bonus material, as a double colored vinyl LP, standard jewel case CD and download. The cover artwork was once again created by famous fantasy artist Rodney Matthews (ASIA, NAZARETH, ELOY). 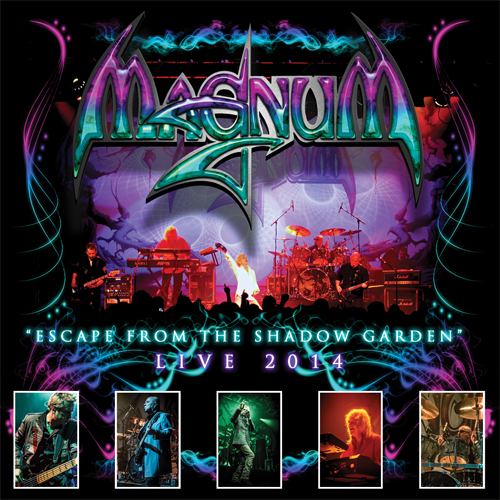