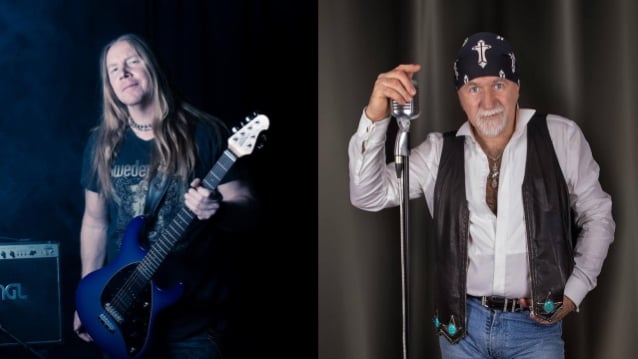 Swedish guitarist, songwriter and producer Magnus Karlsson says he is open to recording a full-length album with Tony Martin after previously collaborating with the former BLACK SABBATH singer on three songs from his solo project MAGNUS KARLSSON'S FREE FALL. "I asked him, and we talked about it, but it didn't happen yet," Magnus told Jeff Gaudiosi of MisplacedStraws.com in a new interview. "But maybe. He didn't say no, but he really wants it to be the right songs and we have to work on it. I already sent him some tracks, and he had to think about it. So he's a little picky, but that's great. He's also the only one on the FREE FALL albums that writes his own lyrics and melodies too. Because he said, 'When you hire me, you don't just hire a singer — you hire the whole thing, with my approach to melodies and lyrics.' And I said, 'Yes, that's fine.'"

Martin makes an appearance on the songs "Temples And Towers" and "Far From Over" from the third MAGNUS KARLSSON'S FREE FALL album "We Are The Night", which was released on June 12 via Frontiers Music Srl. Martin can also be heard on "When The Sky Falls", from 2015's "Kingdom Of Rock".