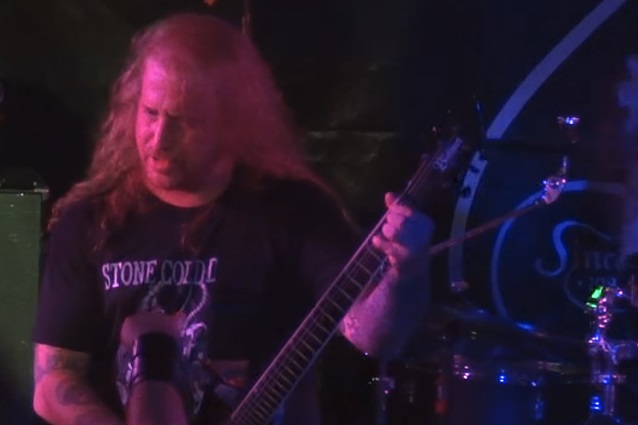 MALEVOLENT CREATION Signs With HAMMERHEART RECORDS; New Album Due Later In The Year

Veteran U.S. death metallers MALEVOLENT CREATION have inked a deal with Hammerheart Records. The group's new album is tentatively due later this year. There are also plans for MALEVOLENT CREATION to embark on a tour where they will play a set consisting of songs from their first five albums.

Hammerheart will gradually reissue all MALEVOLENT CREATION albums on LP, deluxe 2-CD, MC and as merchandise. This includes MALEVOLENT CREATION's first three albums for Roadrunner, the LPs for Pavement/Artic and all records released in the 21st century.

Hammerheart owner Guido Heijnens is also the manager for MALEVOLENT CREATION. All worldwide bookings are now taken care of by Eternal Rock.

Fasciana stated about MALEVOLENT CREATION's latest incarnation: "After receiving so many great videos and songs from singers wanting to take over the vocal position after the departure of original vocalist Bret Hoffman, I finally have found the right man for the job.

"I received a few songs from Lee Wollenschlaeger and his solo project IMPERIAL EMPIRE and was so impressed that after a lot of conversations and hearing his own compositions and demos of him singing MALEVOLENT CREATION songs, I could not deny his talent.

"The demo song posted below is one of his songs that I really liked and told him we could work with his song for the next MALEVOLENT CREATION album and let people hear our new vocalist and his talent. He is also playing guitar in the band, which makes us now a four-piece.

"To prove my commitment to him that he is now the vocalist, I posted this demo song that he wrote and that is being re-recorded as we speak so he can re-write the lyrics and I can lay down a couple guitar solos for this song.

"We will be posting some more music with Lee Wollenschlaeger singing MALEVOLENT CREATION songs, and between the music i have written for the next album and his music, as well as our bassist and drummer who both write music as well, we now have a band that is dedicated to record the heaviest MALEVOLENT CREATION album yet."