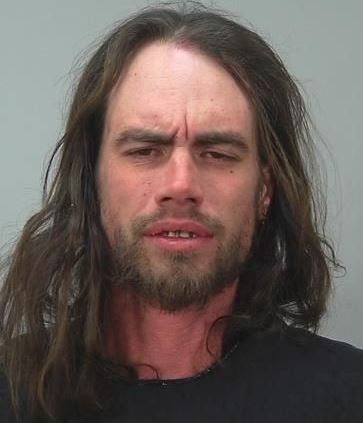 A 33-year-old man in Madison, Wisconsin was arrested after he threw a beer bottle at a bartender who changed music in the bar from BLACK SABBATH to a Christmas song, police said in a press release posted Monday.

The incident happened at about 4 p.m. on Christmas Eve at the Farm Tavern.

The official press release from City Of Madison Police Department:

"Madison Police Officers responded to the Farm Tavern Bar, reference a disturbance, and determined the suspect had just left the premises. The suspect was described as a tall male with long black hair and broken/discolored teeth. The reporting officer spoke with several witnesses/patrons of the bar, and they described the intoxicated suspect, identified as Christopher Gamboeck, and his violent behavior. Gamboeck got upset when the bartender changed the music in the bar from the English rock band BLACK SABBATH to Christmas music.

"Gamboeck chugged his glass bottle of Budweiser beer, and slammed it down on the counter. After yelling some expletives at the female bartender, Gamboeck threw the bottle in the direction of her head. Other patrons stepped in to keep Gamboeck from coming behind the counter, as he circled the bar with his fists clenched, until his uncle came over to intervene. Gamboeck was directed to the door by his uncle, but found it important to grab the Christmas tree, and pull it down; breaking several delicate ornaments.

"Good investigative work on the part of the officers led them to the residence of Gamboeck, and as they approached him, he became incensed about police being on scene. He rushed towards the officers, and had to be threatened with a Taser (prone position on ground) before he was eventually taken into custody. The gender-based obscenities continued to be levied toward a female officer, and he was quickly placed into a squad car and transported to the Dane County Jail."