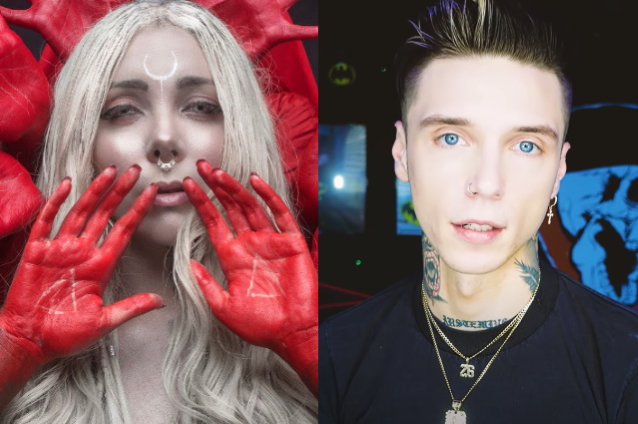 MARIA BRINK And ANDY BIERSACK Team Up For 'Meet Me In The Fire' From 'Dark Nights: Death Metal Soundtrack' (Audio)

"It's such an honor to be a part of this soundtrack," says Brink. "I love collaborating with talented people and getting the chance to be creative. Tyler Bates is such an amazing talent and I have loved doing a track with him and Andy Biersack. I think our fans will love this and I hope everyone likes what we created."