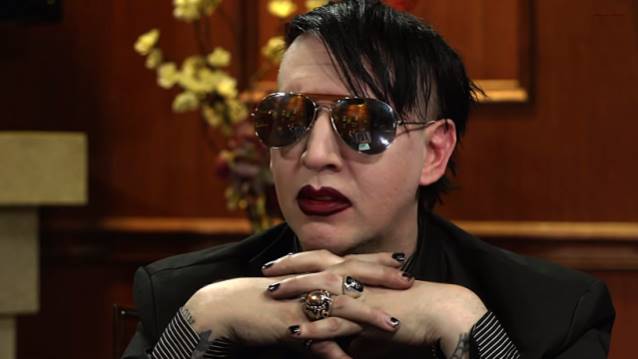 **UPDATE**: A video clip from C-Lebrity has been added showing footage of "religious fanatics" assaulting members of the MARILYN MANSON entourage outside the band's hotel in Moscow earlier today, as well as a clip of concert organizers making the announcement that Manson's show in the city was being canceled after a bomb threat was called in.

Shock rocker Marilyn Manson was forced to cancel his show in Moscow due to a bomb threat while another concert in Russia was scrapped over fears his performance would insult Orthodox believers and promote sadomasochism.

Manson was scheduled to perform at the Park Live festival in Moscow earlier tonight (Friday, June 27),but he tweeted that the show was called off just as he was about to take the stage with his bandmates. He added in a separate tweet: "Why are the people that proclaim that music inspires violence, the ones that create such entropy?"

The Moscow concert cancelation follows reports that Manson's June 29 show in Novosibirsk, Russia's third largest city, was pulled after hundreds of religious activists protested against the rocker's plans to perform in the city, accusing Manson of insulting Russian Orthodox believers, according to the AAP.

"Authorities of all levels have denied us permission to hold the concert on June 29," the Novosibirsk concert organizers said in a statement posted on Russia's social network VKontakte. "We've fought until the end but the situation has proved stronger than us, unfortunately."

One of the activists arguing against Manson's performance in Novosibirsk appeared on a local radio station to discuss the cancelation, explaining: "Manson's live performances look like an amusement park with a sadomasochistic slant. Sadomasochism is a mental disorder. What does Novosibirsk need this show for?"

Manson has a long history of generating controvery with his live performances. Back in 2001, the singer, who was cited as an inspiration to Columbine High School killers Eric Harris and Dylan Klebold, was asked by a church group not to appear in a Denver concert.

A 2009 Manson performance in Pomona, California saw a number of Christian demonstrators gathered outside waiving placards and chanting pro-Christian messages.

Despite the protests, the show went ahead as scheduled and featured a surprise appearance by SLAYER's Kerry King.

Bomb threats have cancelled our show in Moscow, just as we were about to perform. pic.twitter.com/qPBNJh3bUW

Why are the people that proclaim that music inspires violence, the ones that create such entropy? pic.twitter.com/pmz2whFkp9 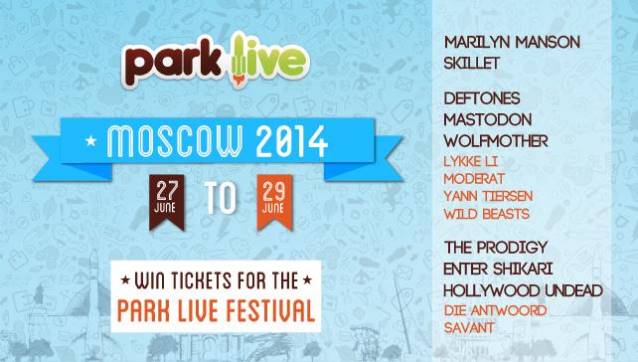