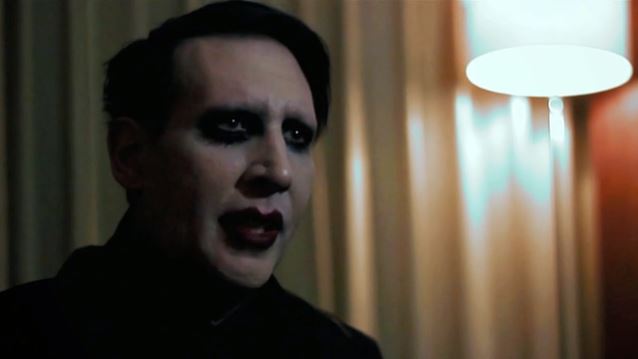 MARILYN MANSON's new album, "The Pale Emperor", can be streamed in its entirety at Soundcloud.com. The CD will be released on January 20 via the shock-rocker's own label — Hell, etc. — in a joint venture with Cooking Vinyl and Loma Vista Recordings.

Manson collaborated on the new album, his first in over two years, with noted film composer/producer Tyler Bates ("Guardians Of The Galaxy", "300", "The Watchmen"). Bates will also join Manson as a member of his band on the upcoming American "The Hell Not Hallelujah Tour", which kicks off January 21 in Washington D.C. Manson's band on the national headlining tour also includes longtime bassist Twiggy Ramirez, Gil Sharone on drums and Paul Wiley on guitar.

"'The Pale Emperor' came from a book that I was given in 2000 by [actor Johnny] Depp," Manson recently told Full Metal Jackie.

"We have each other's back as in we have the same tattoo on our back. It covers our entire back. It was about Heliogabalus, which may be a little esoteric for our listeners. He was the emperor of Rome before Caligula. He was the first one to deny God, and that's a big deal."

He continued: "For whatever reason, I had just opened up all the boxes of my past life.

"I moved into a new house while I made this record.

"Normally, I'd title the album before the album was made, but this time I titled it after it was made.

"I unearthed all of these books and I found this book Johnny gave me in Y2K when I went to stay with him in South of France, because we thought the world was going to come to an end. Instead, we set off firecrackers and bought all the absinthe there was in different countries. I read it and it was referring to this emperor who they referred to the pale emperor and I identified with it suddenly."

In a recent interview with Rolling Stone, Manson revealed that many of the songs on "The Pale Emperor" were recorded in a single take. "It's dirty," he said, "like the dirt under my nails, like someone who has dug a grave."

"Cupid Carries A Gun" marked Manson's TV scoring debut when it appeared on the new WGN series "Salem" in April 2014.

"The occult and witchcraft [are] so often used in cinema with a heinous disregard for even researching its origins. However, I liked the themes of 'Salem'," Manson told The Hollywood Reporter last year of lending his track to the TV show. "It looks at the witch trials without being cliché like most modern films." 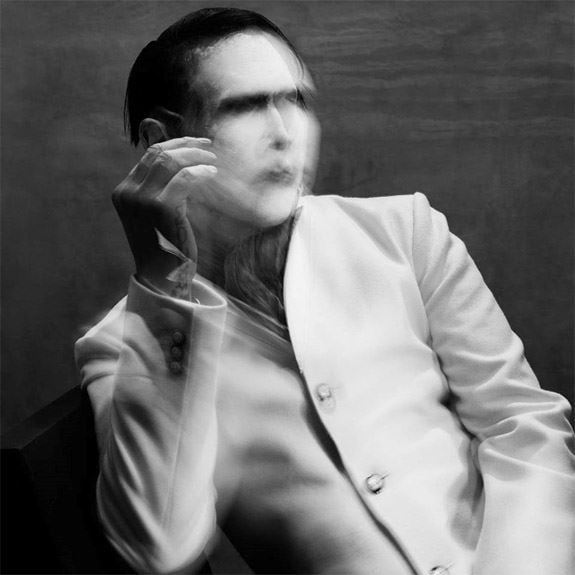