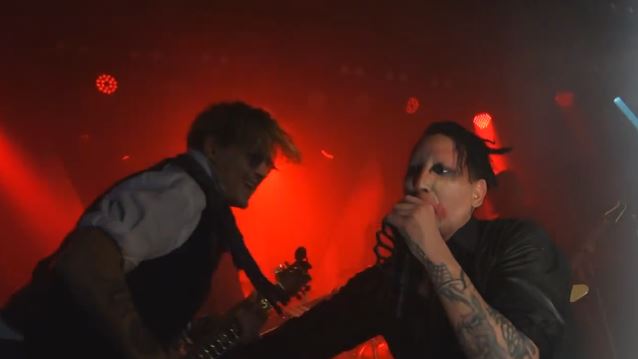 Depp and Manson recorded a cover of Carly Simon's 1972 hit "You're So Vain" as a bonus track for the singer's eighth studio album, "Born Villain", which was released in May 2012.

Speaking about the collaboration, Manson told MTV News that the duo decided on doing "a cover of a song which we thought was ironic for each other." He added, "[Johnny] played drums and lead guitar, and I played guitar and sang." He added in an interview with Billboard: "I've known Johnny Depp since I was 19. He called me up and said, 'Hey, do you want to get together and record something?' . . . We recorded 'You're So Vain' because we thought the song would be an amusing complement to the record — not a piece of the record as a whole but, as a bonus track, it really states the obvious about where he and I both are as artists."

Depp and Manson first collaborated in 2001 when Manson contributed the song "The Nobodies" to Depp's Jack the Ripper movie "From Hell".