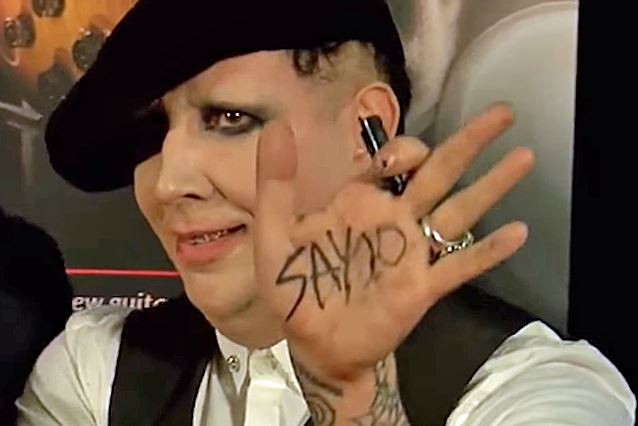 Speaking with Alternative Press after receiving the Icon Award at this year's Alternative Press Music Awards, Manson said the follow-up to 2015's "The Pale Emperor" will arrive on February 14, 2017. No further details are currently available.

Manson was presented the Icon award by Twiggy Ramirez, a longtime guitar player/partner in crime of the controversial rock star.

"Thank you to all of the fans and all of Alternative Press because this is the only award I will actually put on my shelf," Manson said after receiving the award. "This is the greatest award ever."

Manson has appeared on the cover of Alternative Press magazine four times, starting back in 1996.

"The Pale Emperor" was released via the singer's own label — Hell, etc. — in a joint venture with Cooking Vinyl and Loma Vista Recordings.