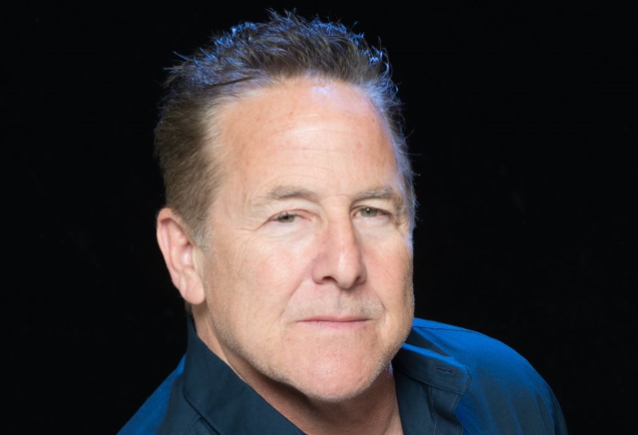 **UPDATE** A couple of hours after this article was published, Mike Portnoy took to his Twitter to address Mark Zonder's comments. He wrote: "Well I had a busy week: Started that week recording BIGELF's album, then flew to TX for a gig w [ADRENALINE MOB], back to LA for Metal Masters 3 and then flew down to Brazil to end the week w @fateswarning Sorry Mark Zonder if I didn't have time to learn all of your drum parts perfectly".

Former FATES WARNING drummer Mark Zonder has praised Bobby Jarzombek, saying Bobby is "the only drummer that FATES WARNING ever had that really paid attention" to how the band's classic songs were originally played.

Zonder played drums with FATES WARNING for eight albums starting in 1989. His drumming approach was once described by Modern Drummer magazine as "deliberate, dynamic, poly-rhythmic and completely unpredictable." He left FATES WARNING in 2005 and was temporarily replaced by SPOCK'S BEARD drummer Nick D'Virgilio before Jarzombek stepped into the position permanently in 2007.

In a new interview with the "ProgRock Digital" podcast, Zonder said: "The only drummer that FATES WARNING ever had that really paid attention to previous songs was Bobby. I actually had him at my studio before he went out on tour in the very beginning, and he learned my stuff note for note. And I tip my hat to him, because all those other guys that came in and filled in, they didn't cop it — whether they couldn't cop it, they didn't wanna spend the time, or they just couldn't physically do it and figure it out. Whatever the case may be, Bobby does it."

When interviewer Nicholas Georgakopoulos spoke glowingly about Zonder's playing, saying that there is "definitely a mathematical brain working overtime," Mark responded: "I definitely appreciate that, even though [former DREAM THEATER drummer Mike] Portnoy used to call it robotic, but okay, whatever. But then again, if you want a good laugh, go watch [Portnoy] play 'Point Of View' and 'Eleventh Hour' in São Paulo, or wherever it is, with FATES WARNING, if you wanna see someone butcher up a track," he said, referring to a drum-cam YouTube video (see below) of FATES WARNING's April 14, 2012 show in Brazil, which featured Portnoy on drums. Mike played the gig as the temporary replacement for Jarzombek, who was unable to make the concert due to scheduling conflicts. Prior to the São Paulo show, Mike previously played with FATES WARNING in 2005 at the Headway festival in Holland.

One of the most influential drummers in metal history, Zonder burst onto the scene with WARLORD in 1982 and went on to play drums with FATES WARNING. With periodic WARLORD shows on the European festival circuit, involvement in the bands SLAVIOR and SPIRITS OF FIRE and stints with artists like Graham Bonnet and ARCH/MATHEOS, Zonder maintains a steady presence in the metal world.

Well I had a busy week: Started that week recording Bigelf’s album, then flew to TX for a gig w AMOB, back to LA for Metal Masters 3 and then flew down to Brazil to end the week w @fateswarning Sorry Mark Zonder if I didn’t have time to learn all of your drum parts perfectly 🙄 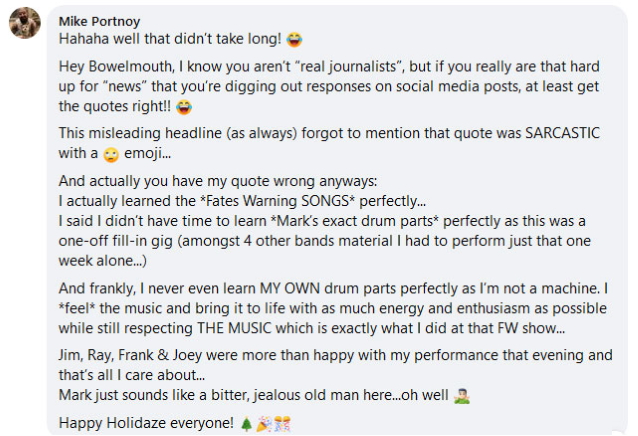