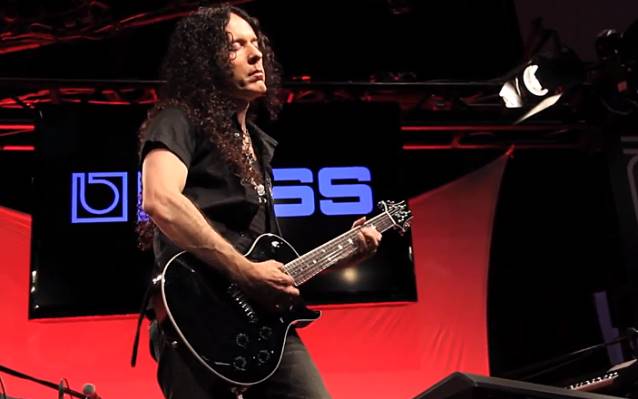 Gear Gods — the only online destination for musicians in the heavy music community — has posted live footage of former MEGADETH guitarist Marty Friedman performing at the Boss/Roland booth at this year's NAMM (National Association Of Music Merchants) show, which was held January 23-26 at the Anaheim Convention Center in Anaheim, California. Check out the clips below.

Friedman's new solo album, "Inferno", will be released in May via Prosthetic Records. The CD will contain several collaborations with players influenced by Friedman, including Alexi Laiho (CHILDREN OF BODOM),REVOCATION guitar whiz David Davidson and the flamenco/metal acoustic duo RODRIGO Y GABRIELA. In addition, the album includes Friedman's first songwriting collaboration with Jason Becker since the pair played together in the pioneering duo of guitar mayhem CACOPHONY.