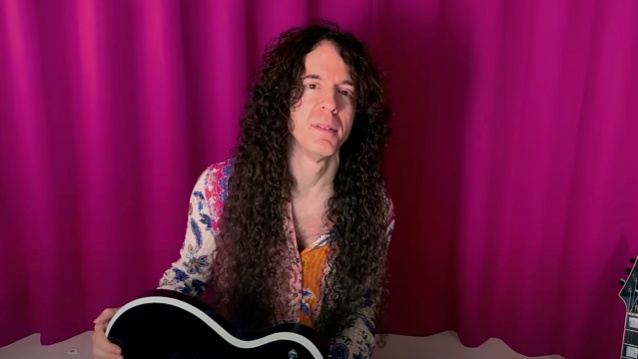 In celebration of his latest music video for the song "For A Friend", former MEGADETH guitarist Marty Friedman recently answered some questions submitted by fans through the Jackson Instagram story and showed off his Jackson guitars.

Asked what his plans for 2022 are, Friedman said: "Hopefully that's playing for all of you people out there. It's been too long. My album came out in April of 2021. Usually, when my album comes out, I tour everywhere 'cause I love playing in every single country, every single city. I've only played in Japan [in support of the album]; I did two tours of Japan. I love being in Japan but I also love playing for everyone. And I really appreciate all the support all of you have always given me, even when I can't make it to where you live. That's the first thing I'm gonna do [this] year when it's a little bit more of a smoother international touring process."

Marty's latest album, "Tokyo Jukebox 3", received a North American release on April 16, 2021 via The Players Club/Mascot Label Group. The record, which was made available in Japan in October 2020, is the third in a series that began with "Tokyo Jukebox" in 2009, and then "Tokyo Jukebox 2" following in 2011. The trilogy presents Friedman's inspired performances to Japanese repertoire he's chosen to cover.