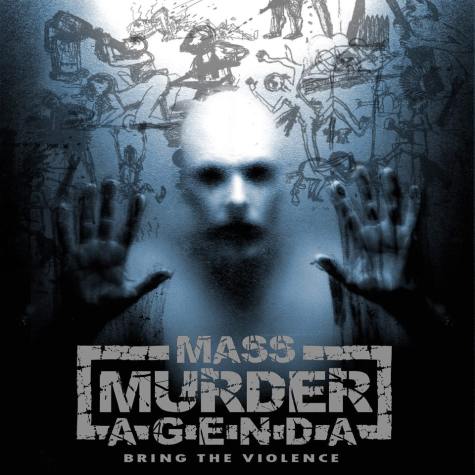 MASS MURDER AGENDA To Release 'Bring The Violence' In May

Swedish industrial hardcore terrorists MASS MURDER AGENDA — who feature in their ranks former members of GRAVE and FACE DOWN — have inked a deal with Black Lodge Records. The band's debut album, "Bring The Violence", will be released on May 25.

MASS MURDER AGENDA was formed in the summer of 2009 by bass player Joakim Hedestedt (FACE DOWN, NATION BEYOND, ex-CONSTRUCDEAD) who wanted to "mix thrash and industrial metal with no intention at all of being original; [he] just [wanted the band to sound] aggressive enough to play live. After writing four "bone-crushing" songs, he joined forces with vocalist Tristan Agdler (ex-NIL),programmer Henrik Blomqvist (ex-FACE DOWN),drummer Christoffer Barkensjö (CARNAL FORGE, CONSTRUCDEAD, FACE DOWN, KAAMOS) and guitarist Martin Sundberg (ex-SEXY DEATH).

According to a press release, MASS MURDER AGENDA "combines influences from such legendary acts as MINISTRY, SLAYER, COMBICHRIST, NINE INCH NAILS and KILLING JOKE whilst, of course, generating a sound of [its] own, a sound that is sadly missing in today's metal scene."

Barkensjö recently decided to reunite with MASS MURDER AGENDA as a permanent member. He will still continue his work with Jesper Strömblad's (ex-IN FLAMES) new band THE RESISTANCE as a side project to MASS MURDER AGENDA.