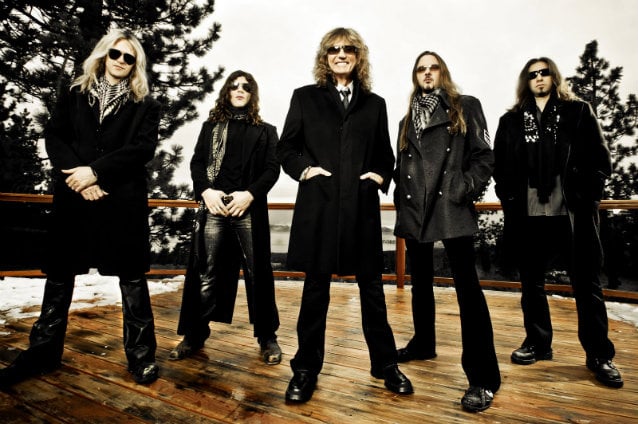 Massachusetts Man Claims To Be WHITESNAKE Drummer, Gets Transported To Hospital

According to the Gloucester Times, a man claiming to be a drummer for WHITESNAKE was transported to a hospital in Gloucester, Massachusetts last week for evaluation after he was involved in a couple of separate incidents

The man, whose name was not disclosed, was discovered sleeping in a doorway of an apartment building on January 2. Police said the man was asked to leave, and a cab was called to take him home.

Hours later, police were called to a business to assist staffers with the same man, who had no known address. The police report states the man claimed he was the drummer for WHITESNAKE, but a check of records regarding the David Coverdale-fronted band indicated that's not true.

In January 2012, another man who claimed to be the drummer for WHITESNAKE was accused of defrauding a pensioner out of nearly £100,000 (approximately $158,000 at the time of the report).

Scott Travis allegedly told the man his name was Franco and that he was set to get £1.7 million from his mother's will

Travis also told one of his sisters, Angela Sutcliffe, he would play drums with WHITESNAKE at a concert at the Manchester Arena in 2002. He sent her tickets, but never appeared on stage.

Sutcliffe said his girlfriend had later called to apologize, saying he didn't have the proper performing license.