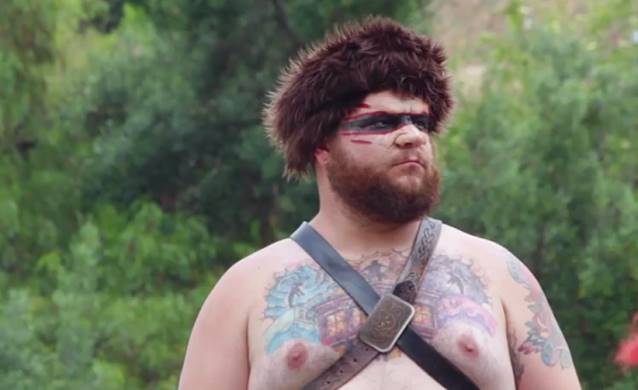 Behind-the-scenes footage from the making of "High Road", the new video from Atlanta progressive metallers MASTODON, can be seen below. The clip was filmed on May 24 in the Los Angeles area with director Roboshobo (a.k.a. Robert Schober),who has previously worked with METALLICA, GREEN DAY and ALICE IN CHAINS, among others.

"High Road" is taken from MASTODON's sixth album, "Once More 'Round The Sun", which will be released on June 24 via Reprise Records. The follow-up to 2011's "The Hunter" was recorded in Nashville with Grammy Award-winning producer Nick Raskulinecz, who is known for his work with RUSH, DEFTONES, FOO FIGHTERS and ALICE IN CHAINS. Also available on June 24 will be a stunning deluxe 2LP vinyl edition of "Once More 'Round The Sun". This limited edition will include two discs pressed onto 180-gram black vinyl housed in a quadruple gatefold vinyl jacket featuring artwork by Skinner, plus a CD of the complete album. The package will include four exclusive lithographs derived from the album artwork.