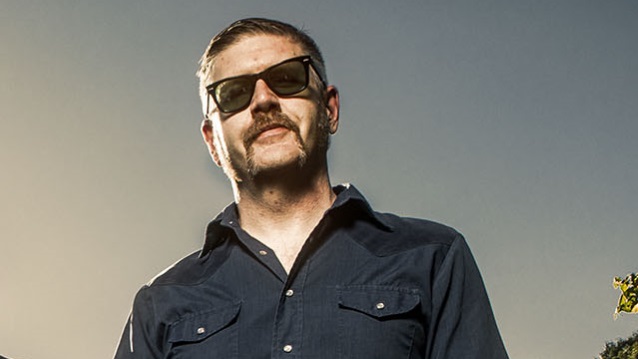 According to The Pulse Of Radio, MASTODON guitarist Bill Kelliher discussed the current state of the music business on the "Let There Be Talk" podcast, saying that the way artists are paid by streaming services like Spotify and Apple Music needs to change. He explained, "If this continues, the artist is gonna disappear. Because we cannot afford to go out here. There's so many people behind those songs you hear on the radio. I can only speak for my genre and the people who know how we do it."

He continued: "When it comes to us doing a record... The record company fronts you that money. This is how it work: they give you the money up front, they say, 'Here's $600,000, you're gonna make a record that's gonna cost $575,000.' So there's that money. You owe that money back to the record company and they own your music."

He added: "I could live a thousand years and if Spotify played all day long, I'd maybe make a couple of thousand dollars, I don't know. It's very miniscule. The only way to make any money is to get out here on the road and tour, tour, tour constantly."

But Kelliher noted that even touring has become prohibitively expensive, saying: "A lot of people say, 'Why are your T-shirts $50?' Well, newsflash, the venues take up to 20-25-30% of that right off the top. So our $50 T-shirt, we're only getting $30. But then that $30 has to be split up between management, lawyers, taxes, everything. Plus everything. Tour buses, just to rent for a month is $60,000. It's ridiculous... everyone has their hand in your damn pocket when you're out here."

Kelliher and MASTODON drummer Brann Dailor, as members of The Recording Academy, went to Capitol Hill to lobby for Congress to pass the Music Modernization Act, the first legislation to change the way artists are paid since 1972.

MASTODON won a Grammy in the "Best Metal Performance" category at the 60th annual Grammy Awards in January at Madison Square Garden in New York City. MASTODON got the nod for the song "Sultan's Curse" from its 2017 album "Emperor Of Sand", with the latter also being nominated for "Best Rock Album."