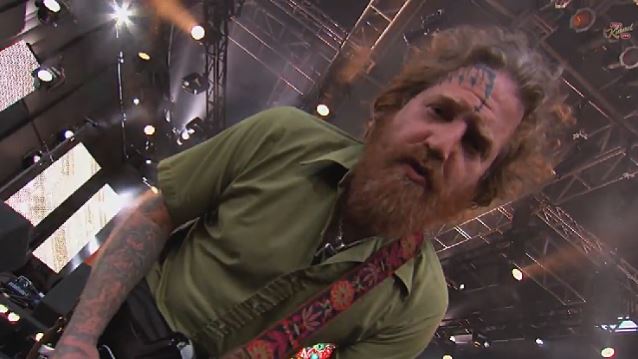 Video footage of MASTODON's "The Motherload" performance from "Jimmy Kimmel Live!" can be seen below.

"Jimmy Kimmel Live!" airs every weeknight (11:35 p.m.-12:37 a.m., ET) and features a diverse lineup of guests that include celebrities, athletes, musical acts, comedians and human interest subjects, along with comedy bits and a house band.

MASTODON's sixth album, "Once More 'Round The Sun", sold around 34,000 copies in the United States in its first week of release to land at position No. 6 on The Billboard 200 chart. The record arrived in stores on June 24 via Reprise Records.