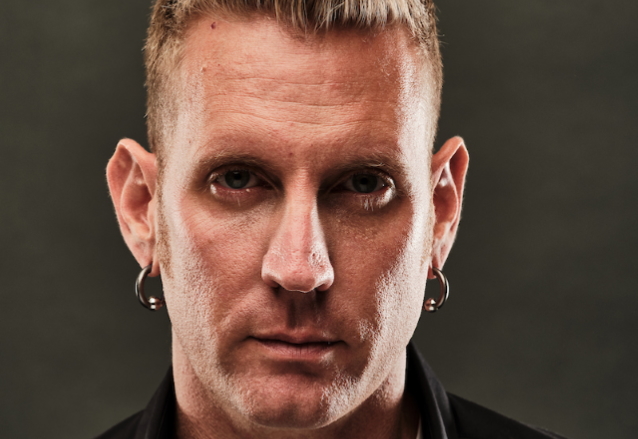 Ten people, including a 9-year-old and two teenagers, died while many more were injured after a crowd surge during Travis Scott's performance at the Houston music festival. The rapper has since been criticized for appearing to keep the show going despite pleas of help from the crowd. Although he paused a few times, many are saying this response was not enough. In the weeks the incident, dozens of lawsuits have been filed and a slew of questions remain unanswered about what went wrong.

Dailor addressed the deadly event in a recent interview with "The What" podcast. He said (as transcribed by BLABBERMOUTH.NET): "It's kind of an anomaly. Fortunately, it's not something that happens a lot; it's pretty rare. So that aspect of it is… It's not like it's rampant: 'Oh my God. People are just being crushed at every show. There's people dying. Oh my God. This is insane. What's going on? And something needs to change.'

"I guess the writing was on the wall," he continued. "I haven't read super deep into what exactly went on. And I think that there's an investigation into what was happening there, so I don't know all the ins and outs of it. It's a horrible, horrible tragedy.

"I trust the people that come out to our shows to be mindful of each other. And I trust the security at the venues that we play. They're a little smaller than probably what that show, what was happening there at that festival. The festival seemed a little further out of control of what we can do.

"Our tour manager has a security meeting every show and they talk about what needs to go down and how we want things done. So it's a little more in our control when it's our show. When it's a festival, it's a little bit out of our control.

"I can see how easily it could happen," Brann added. "I remember myself, going to see… I was in the pit for RAGE AGAINST THE MACHINE in 1993 at Lollapalooza, and a bunch of people's legs just kind of got locked. There was a bunch of people in front of me that were trying to get out of there because it just got real tight real fast and a whole bunch of people fell down and I was one of them. I remember my face just going right into the dirt and people were just stepping on my head. I'm, like, 'I'm gonna die. I'm gonna die in this pit. This is insane.' I finally pulled myself up out of there. Nobody helped me. It was really scary. So you can see how it can happen. It can happen like that in an instant. And then there's nothing anybody can do. What a horrible, horrible situation."

All ten victims' cause of death was listed as "compression asphyxia," according to documents from the Houston medical examiner's office. One victim had a contributing cause of "combined toxic effects of cocaine, methamphetamine, and ethanol." All deaths were ruled accidental.

Earlier this week, it was reported that Live Nation Entertainment, the concert promoter behind Astroworld, is now under investigation by a congressional panel.

The House Oversight Committee announced Wednesday that it is launching a bipartisan investigation into "the roles and responsibilities for Astroworld Festival, security planning for the event, and the steps Live Nation Entertainment took after being made aware that law enforcement had declared the event a 'mass casualty event.'"