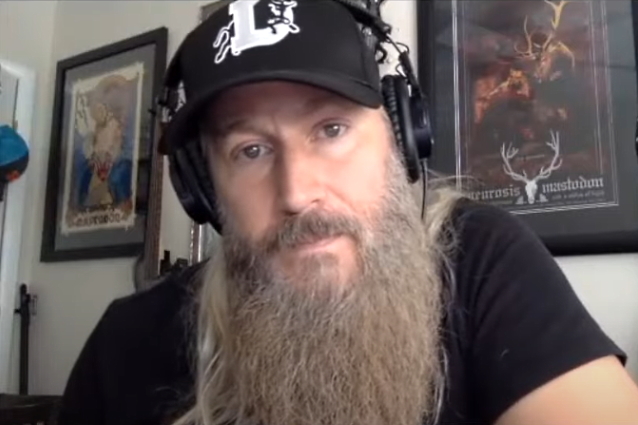 In a new interview with Metal Wani, MASTODON singer/bassist Troy Sanders was asked to what he attributes the band's longevity. He responded (as transcribed by BLABBERMOUTH.NET): "I attribute the longevity to two main things, I believe. Number one is that we have, thankfully, over time continued to grow together. In any human relationship, you always hope for the best, but it's very natural for people to grow apart. And that's very normal — a normal thing to happen. So the good fortune and fate that we've stuck together and continued to grow together. And number two is that we're all still incredibly passionate about creating music. Thankfully, none of us have a personal writer's block where… We're not the main songwriters, so if someone's only coming up with one or two ideas for this album, well, don't worry — the other guys have you covered because we're a band in the true sense of the word, I believe. So the two points is that we've thankfully grown together, and we've all continued to share this… The fire in our bellies to create has yet to be extinguished. So those two things are keeping us together."

Last month, MASTODON — which was formed in Atlanta in 2000 and has eight studio albums to its credit — was announced as one of the "Best Metal Performance" nominees at the 64th annual Grammy Awards, which will be held on January 31, 2022, at the Crypto.com Arena (formerly the Staples Center) in Los Angeles, California. The progressive metallers were nominated for their song "Pushing The Tides", the first single from their latest album, "Hushed And Grim", which came out in October.