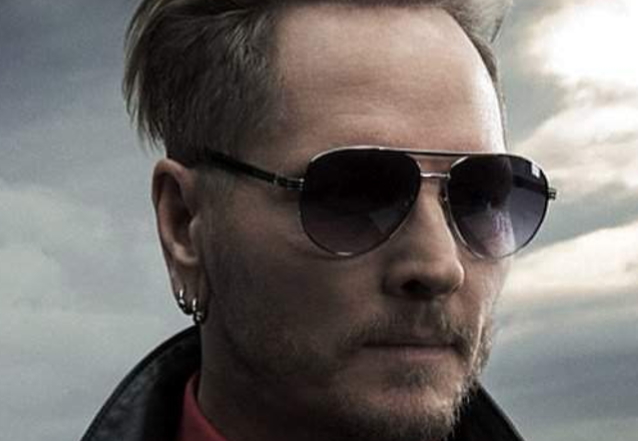 Former GUNS N' ROSES drummer Matt Sorum has told Desert Sun that he is "thankful" for the time he spent in the band, even though he wasn't invited to rejoin the group when it launched its "Not In This Lifetime" reunion tour five years ago.

"When I get upgraded to a better suite at a hotel because the guy behind the register says, 'Hey, aren't you the guy from GUNS N' ROSES? I'm gonna upgrade you,' I say, 'Thank you, Axl Rose.' That's the blessing of my life and I thank God for that and and he put me there. I know it's hard for rock 'n' rollers to divulge that kind of information, but I'm at the age now where I don't care."

Matt was among the GUNS N' ROSES members who were inducted into the Rock And Roll Hall Of Fame in April 2012. He, Adler, Slash and bassist Duff McKagan attended the ceremony, while singer Axl Rose and founding guitarist Izzy Stradlin stayed home.

Sorum told The Pulse Of Radio in a 2009 interview that if the classic GUNS N' ROSES band reunited, they should perform with both him and Adler. "If it's me on drums or Steven or whatever, if it happened, it'd be great, you know," he said. "I would actually say to them, 'Hey, bring both of us back,' you know. Let me play the other stuff. We'll have two drum kits. I don't care. If 'Appetite [For Destruction]' [the band's debut] sounds better with Steven playing it, have both guys up there. They can afford it."