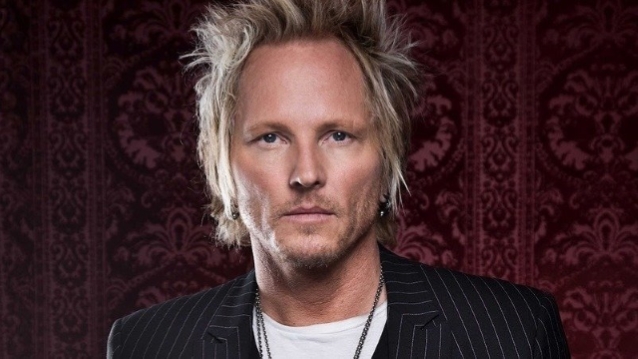 MATT SORUM To Perform At One Of Summer's Largest Benefits For U.S. Veterans

The "who's who" of the rock n' roll world are banding together Fourth of July weekend to show their support for U.S. veterans with one of the largest benefit concerts this summer. The American Vinyl Festival, which will be held Saturday, July 6 at Suicide Six Downhill Ski Area in Vermont, will feature THE AMERICAN VINYL ALL STAR BAND (AVASB),comprising Jeffrey "Skunk" Baxter (DOOBIE BOTHERS, STEELY DAN),Barry Goudreau (formerly of BOSTON),Robert "Mousey" Thompson (JAMES BROWN),Leroy "LRS" Romans (THE WAILERS, 3RD WORLD),Tim Archibald (RTZ, PETER WOLF) and Danny Beissel (FOSTERCHILD),as the event's headliners.

Additional performances will include "American Idol"'s Evelyn Cormier and Woodstock's own Jim Yeager.

Organized by Bill Johnson, manager for AVASB, and presented by Springfield Buick/GMC, the benefit will support Freedom Drives U.S. Inc., a not-for-profit charity engaged in the facilitation of mobility converted vehicles other than minivans for veterans with mobility needs.

"We couldn't be more excited to celebrate our great country and support our veterans with this amazing benefit," said Johnson. "Each of these musicians not only brings tremendous talent and legacy to the show but also their passion and determination to help those in need. It's going to be a great way to spend the holiday weekend!"

The event kicks off at 5 p.m. ET and will include food vendors, merchants and a silent auction. Tickets are $20 - $65 and veterans get in free with a ticketed guest. Tickets are available at this location.