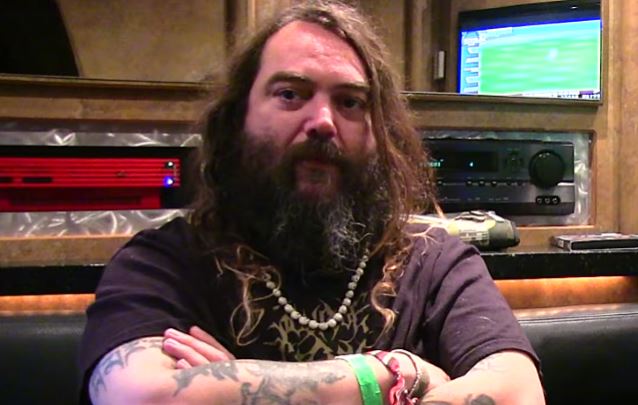 Former SEPULTURA frontman Max Cavalerahas been ordered to pay damages to his ex-sister-in-law for allegedly libeling her in his autobiography.

Monika Bass Cavalera, who became SEPULTURA's manager several years after Max left the band, filed a lawsuit against Max for calling her a "bitch" in his 2013 book, "My Bloody Roots: From Sepultura To Soulfly And Beyond", and and claiming that she "tried to pick [Max] up" before hooking up with his brother, Igor Cavalera.

In "My Bloody Roots", Max wrote about Monika: "I never liked Igor's wife. She was a bitch. They're finally divorced now, thank God. When we first met her, she tried to pick me up, but I didn't want anything to do with her. A couple of weeks later, she was with my brother, which I always felt was kinda weird, like he was the second-best option or something. That always bugged me. But he fell in love with her anyway."

He went on to say: "There was something about the way [Monika] talked to [Igor] that always bothered me. She'd say stuff like, 'My father is rich: he can provide me with a big house and a great life. You'd better do better than that.' In front of everybody. I couldn't stand her, man. I still can't. I found out later that she became [SEPULTURA's] manager and was the person who wanted and took Gloria's [Cavalera, Max's wife and former SEPULTURA manager] job. And she was a dental assistant! How does a dental assistant become a manager? Unbelievable."

On October 28, a São Paulo ruled in Monika's favor and ordered Max to pay 50,0000 Brazilian reals (approximately $13,000) in damages and to cover Monika's legal fees. In addition, Max has been ordered to publicly recant his comments from the book by publishing a notice acknowledging the judge's ruling in three separate newspapers: O Estado de São Paulo, Folha de São Paulo and Correio Brasiliense.

In an interview with Phoenix New Times, Max stated about his decision to write his memoir: "It felt like it was a good time. I'm reaching about 30 years of my career. 30 years of music. It's a story that I think is really cool. Coming from Brazil... and you know, achieving what you wanted, your dream.

"I worked with a guy, Joel McIver, who is an English writer. He wrote a Randy Rhoads book, a MOTÖRHEAD book, a DEEP PURPLE book, and a METALLICA unofficial biography, which they really loved. We did about 1,000 interviews trying to remember everything. It wasn't chronological. One day, we'd talk about my childhood or the split from SEPULTURA or the death of [Max Cavalera's stepson] Dana. That was a really hard time to talk to about. It tough to talk about that stuff. That was hard… Dark, really dark."

Asked if it was therapeutic for him to go through all of this, Max said: "We treated it more like conversation, like we're doing right now. It was more like us just having a talk.

"I wanted to be easy for people to read. I didn't want it to be complicated. I wanted it to be as easy as possible.

"The book starts in Brixton [London], which was the last show with SEPULTURA. Then we go back to my childhood in Brazil.

"I didn't know it was the final show at the time, but it was a really explosive way to begin. I thought it was a really cool to open it like that. It was his idea, instead of going chronologically. I was on top, conquering the world, and then right after that, getting kicked in the head and everything was gone. My band was gone, my brother was gone, Dana had just died."