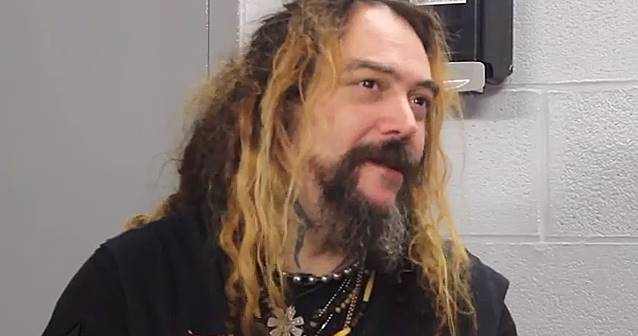 Having been raised in Brazil, and with the love of soccer flowing through his veins, this is a dream come true for Max.

Max's son Zyon Cavalera — who plays drums for SOULFLY — is sitting behind the kit in the studio, adding some Brazilian-flavored percussion to the music.

"Savages" was released on October 1 via SOULFLY's new label home, Nuclear Blast Entertainment. The CD was produced by Terry Date, who is known for his work with such acts as PANTERA, DEFTONES and SOUNDGARDEN, among many others. Guest vocal appearances on "Savages" include SOULFLY bass player Tony Campos, CLUTCH's Neil Fallon, NAPALM DEATH's Mitch Harris, Jamie Hanks of I DECLARE WAR and SOULFLY mainman Max Cavalera's son Igor Cavalera (of LODY KONG).