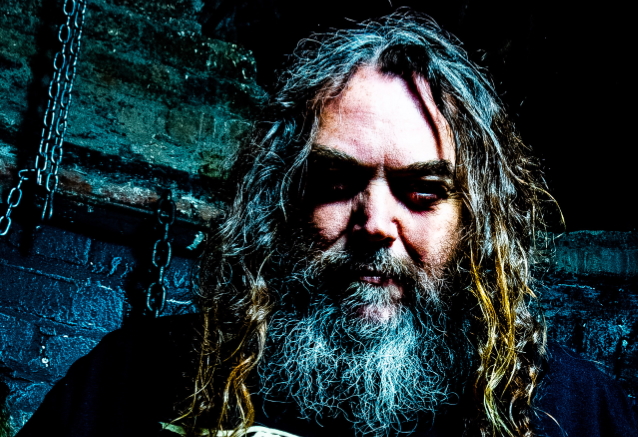 Max Cavalera (SEPULTURA, SOULFLY, CAVALERA CONSPIRACY) was a guest on a recent episode of the "Hardcore Humanism With Dr. Mike" podcast. During his conversation with clinical psychologist and life coach Dr. Mike Friedman, Max talked about coping with poverty as a child in Brazil when his father died, about his DIY approach to starting his music career with his brother, former SEPULTURA drummer Igor Cavalera, his struggles with substance abuse and how his passion for music helped him to get sober.

Speaking about how he finally got clean after struggling with substance abuse for years, Max said (as transcribed by BLABBERMOUTH.NET): "My path to straight edge is kind of a bizarre one, because I was a total wildman. Coming from Brazil, I have some stories. I remember one time we played fucking Manaus — that's in the rain forest in the Amazon — and I did the best coke you could probably do. After the show, this guy showed up with the purest Bolivian white powder. I did a shitload of that. I was up all night. I ended up going to the rooftop of the building and I sang the entire 'Beneath The Remains' [SEPULTURA album], air guitaring by myself on the rooftop of the building and I watched the sun come up — super high on fucking cocaine. It was an amazing experience, man. Maybe the cocaine was just good. I don't know. But it was an amazing experience. And I had some many interactions like that throughout my life.

"My brother was straight edge, but he never tried to get me to go straight edge," Max continued. "It's kind of sad in a way, but [he has said in the past], 'I couldn't drink because I had to take care of him. If we would both drink, we would both be dead. If we would both get fucked up, we're just gonna die together. So I had to be a little bit more responsible and not drink so I can take care a little bit of him.' And then once he got married, he passed that torch to my wife: 'You deal with him now. Now that's your job.' And there was many years of struggling because I was hard to deal with, with that shit. Some epic stories. All the shit, it's all true. Partying with MINISTRY and puking on Eddie Vedder, that happened. It's fucked up and it's insane, but it did happen.

According to Max, "one of the final straws" that made him decide he had to change his life was a particularly "crazy" incident on the road.

"[We were on] some European tour and I wanted to drink real bad and there was nothing on the bus to drink," he recalled. "I ended up going to the bathroom and drinking hand soap, liquid hand soap. I got busted doing that. My wife opened the door, and I've got the whole jug of hand sanitizer. She was, like, 'What the fuck are you doing?' I [was], like, 'I'm drinking hand sanitizer. I need help.' It was one of those crazy moments.

"Little by little, I went through the different phases of to stop drinking, stop taking drugs," Max added. "One of the main ones was actually going to a place, going to a facility. It's very cliché, but I think it does [help].

"Everybody is different. Some people can do it on their own; they have that willpower. I really couldn't; I didn't have that much willpower. So I went to a place. I was there six to eight months. It was in Florida. And it was a miserable experience there, just learning. They drill that shit in you 24 hours a day in the classes. I missed my family a lot. But because of that, because of missing my family, being in this place, I kind of looked around and realized what I really love most. Do I love getting fucked up and drinking and doing drugs more than my family and music. No, I don't think so. I really like music a lot and I like my family a lot. So it was kind of one of those kind of moments. When I got out of there, I was, like, 'All right, so…' I made the decision what my prio… I have different priorities. It's back to my first love — metal, music. It's as simple as that.

"There was a doctor that talked to my wife," Max said. "He pretty much said, 'If he keeps doing what he's doing, he will be dead in a couple of years. No question about it.' Those things are eye-opener reality checks that you get. I started to put things in perspective. And I'm, like, I worked so hard my whole life. I made it out of Brazil. The odds were one in a billion against [me doing that]. I did all this. And I'm throw all this away for fucking drugs and alcohol? No, man. I don't wanna do that. But it is hard.

Last month, Max and Igor kicked off the 2022 "Return Beneath Arise" tour at the Sunshine Theater in Albuquerque, New Mexico. The trek sees them performing select tracks from SEPULTURA's seminal "Beneath The Remains" and "Arise" albums. Joining Max and Igor on the tour are Mike Leon of SOULFLY and Daniel Gonzalez of POSSESSED.