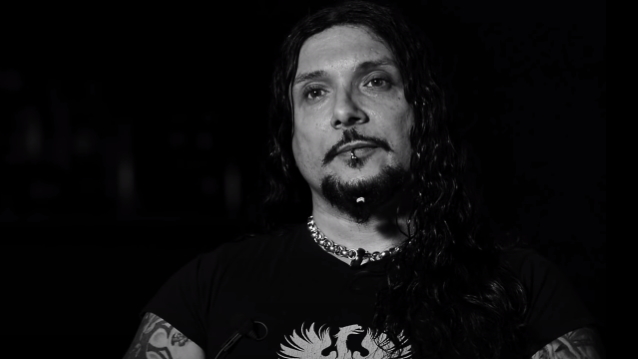 MAYHEM's HELLHAMMER: 'Black Metal, For Me, Is About Thinking For Yourself'

In a recent interview with Drumtalk, the video podcast by German drummer and videographer Philipp Koch, MAYHEM drummer Hellhammer (a.k.a. Jan Axel Blomberg) spoke about the concept of being "true" in black metal and how genre purists sometimes police subcultural boundaries in relation to the stylistic choices of black metal bands.

"Well, this black metal attitude is really something that was invented by somebody else that really has no clue about anything, I would say," Hellhammer said (see video below). "Black metal, for me, is about thinking for yourself — not following anything. And certainly not this following some idiot that says you have to do this to be true. I never did that, and I never stood behind that at all. I always was doing my own shit, thinking my own thoughts, listening to my own music. For me, that is black metal."

This past March, MAYHEM was forced to cancel its participation in on "The Decibel Magazine Tour" due to the COVID-19 pandemic which is sweeping the globe.

Shortly before the tour's cancelation, it was announced that Hellhammer would sit out the trek due to a severe shoulder infection caused by osteoarthritis that had plagued him for quite some time.