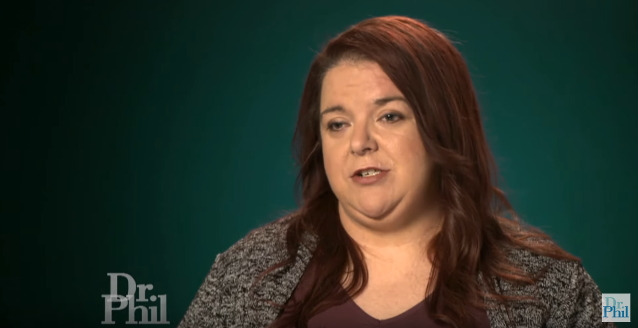 MÖTLEY CRÜE bassist Nikki Sixx and POISON singer Bret Michaels need no introduction, as they have both been playing sold-out stadiums, packed with screaming and adoring fans, for years. On today's episode of "Dr. Phil", host Dr. Phil McGraw spoke with one of the musicians' faithful followers, Tina, who claims to be more than just a fan. Tina's friend Vivian says Tina believes this because she is being catfished by someone pretending to be the famous rock stars. Vivian says Tina has been scammed so convincingly that Tina believes she has not only been texting with both rock legends for the past six months, but that she is actually engaged to Michaels and in a serious loving friendship with Sixx.

Tina says she and Sixx have a "solid, good friendship" and they text 8-10 times a day. Tina says Sixx can't call her because "his management won't allow it." As for Michaels, Tina says: "I love Bret Michaels, and he loves me. After three weeks of talking back and forth, he said he was falling in love with me… Several months ago, we were talking, and he had us take the oath over the Bible that we would be devoted to each other. After we took the oath, he proposed to me, and I said yes."

However, Tina and the man she believes is "Bret," whom she met on Instagram, have never spoken on the phone, and their entire communication is through text messages. "He tells me management pretty much controls him, that he can only text me," she says. "He can't talk to me on the phone or send a video for privacy and security reasons."

Watch below to see what happens when the real Sixx surprises Tina face-to-face, and she receives a video message from the real Michaels. Will it be the proof Tina needs to finally acknowledge she has been taken advantage of by an imposter?