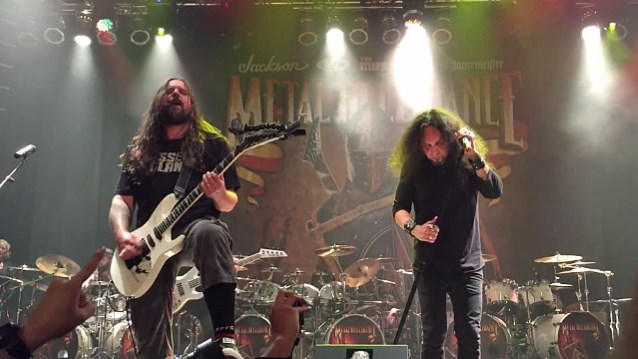 After a critically acclaimed premiere on the inaugural voyage of MOTÖRHEAD's Motörboat alongside their recent addition as a co-headliner on Shiprocked 2015, Metal Allegiance brought their musical crusade to the House of Blues in Anaheim, California on January 21.

The complete lineup for Metal Allegiance was as follows:

Metal Allegiance performed selections from some of rock and metal music's most notable names. Fans were treated to songs from the likes of BLACK SABBATH, IRON MAIDEN, JUDAS PRIEST, THIN LIZZY, KISS, RAINBOW, ACCEPT and SEPULTURA. There was also a special segment of the show dedicated to the seminal debut album by VAN HALEN.

Kicking off the night was Scott Ian – Speaking Words, the successful spoken-word event which Ian recounts storiesfrom throughout his legendary career.

Ian recently released his autobiography, "I'm The Man: The Story Of That Guy From Anthrax", and has been performing these spoken-word events around the globe in support of that release. 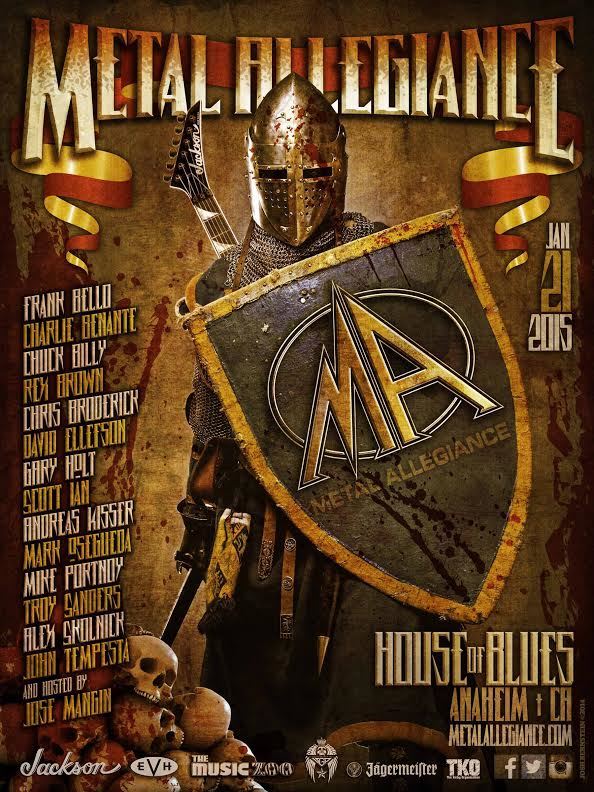