MEGADETH forced to cancel its concert in San Salvador, El Salvador due to a severe rainstorm.

The Dave Mustaine-fronted outfit managed to get through only two songs — "Hangar 18" and "The Threat Is Real" — at Estadio Jorge "Mágico" González Friday night (August 26) before heavy rain forced them to leave the stage and call off the show as a security measure.

Mustaine later took to Twitter to thank the MEGADETH fans for coming to the gig and apologize for not playing a full set. He wrote: "San Salvador, thank you for coming. I'm sorry the rains came and we could only play two songs. I guess we'll be making this show up too!"

As previously reported, MEGADETH canceled its show in Paraguay a week ago (Saturday, August 20) after five songs when fans broke through the barricades protecting the stage, leaving several of them injured.

MEGADETH has just completed a South American tour in support of the band's latest album, "Dystopia", which came out in January. The band will play several shows in Mexico this week before kicking off another U.S. run on September 20 in Casper, Wyoming.

San Salvador, thank you for coming. I'm sorry the rains came and we could only play two songs. I guess we'll be making this show up too! ?☔️

To the fans that refuse to understand the show is over. Our gear is soaked, we are done. If you keep insulting me, you'll be muted.

It's pouring, lightning was right over us, our gear's ruined, & the promoter knows we left but won't tell the fans. https://t.co/4UPH4RqhjR

I am more concerned that the fans are ok. A giant metal structure in an open field during lightning ain't too smart! https://t.co/8yV0iN6dZi

They had an indoor venue too. Why they put us outside is beyond me. https://t.co/Pd9lcZy5Z6 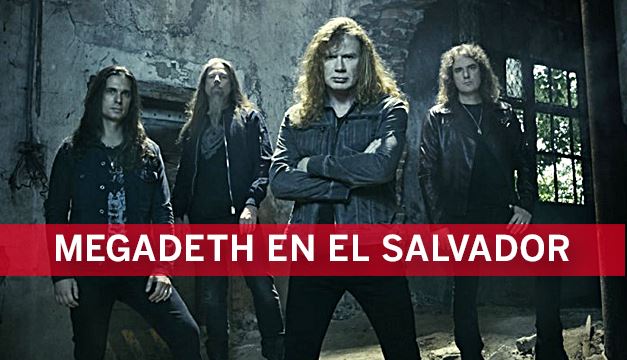