MEGADETH has launched a countdown clock online at the band's official web site that is scheduled to hit zero on Friday, October 2 at 1:00 p.m. EDT (10:00 a.m. PDT). While there are no hints whatsoever on what fans can expect when the countdown ends, it is widely believed that it will coincide with an announcement of the first details of the group's forthcoming fifteenth studio album, tentatively due in early 2016.

The production duties on the follow-up to 2013's "Super Collider" were handled by MEGADETH mainman Dave Mustaine and Toby Wright (ALICE IN CHAINS, KORN). The CD was mixed by Josh Wilbur, who has previously worked with LAMB OF GOD, ALL THAT REMAINS and GOJIRA.

Adler and Loureiro were recruited earlier this year following the departures of drummer Shawn Drover and Chris Broderick, who have since launched a new project called ACT OF DEFIANCE.

In a July 27 online chat with members of MEGADETH's official fan club, the Cyber Army, Mustaine revealed the track listing for the band's forthcoming album. It is as follows:

The song "Poisonous Shadows" features piano playing from Kiko as well as orchestration from famed Nashville arranger Ronn Huff, the father of former MEGADETH producer Dann Huff. Mustaine described the track to Rolling Stone as "a really haunting piece" and added that "the part that [Kiko] played is very Chopin-meets-MEGADETH, if that makes sense."

Mustaine told Revolver magazine about MEGADETH's forthcoming CD: "There's a lot of riffing going on in there, that's for damn sure," he said. "There's a lot of solos, a lot of pounding drums and bass. I knew from the start that I wanted to go back to my roots, and I wanted to make a thrash record."

Mustaine spoke to Rolling Stone about his mindset during the making of MEGADETH's new album. He said: "Over the years we've always said, 'We're going back to our roots.' But the naysayers, they just want 'Rust In Peace' 20 times, which is never gonna happen. Because I've never written the same song twice. Unlike a lot of other rock and metal bands that, you know, they rely on a set formula, I try and make the songs all different. The funny thing, though, was that when [MEGADETH bassist David] Ellefson was doing the bass tracks, I was telling him, 'This is the 'Tornado' ['Tornado Of Souls'] part,' 'This is the 'Bad Omen' part,' 'This is the 'Black Friday' part,' 'This is the 'Holy Wars' part.' Because a lot of the things were in that kind of vein. Now, is it going back in time? Hell, I don't know. But I like what I'm hearing."

He also talked about MEGADETH's new lineup, which made its live debut in July at the Festival D'été De Québec (also known as by its acronym FEQ, or Quebec City Summer Festival in English),in Quebec City, Quebec, Canada. He told Revolver: "When Chris and Shawn left, it saddened me a little because they didn't say goodbye," Mustaine said. "They were pissed, because they'd gotten word that people wanted the 'Rust In Peace' [lineup] reunion [with guitarist Marty Friedman and drummer Nick Menza]. And frankly, I didn't; I was happy with those two guys. So when they left, it was like, 'It isn't going to be easy to replace them!'" 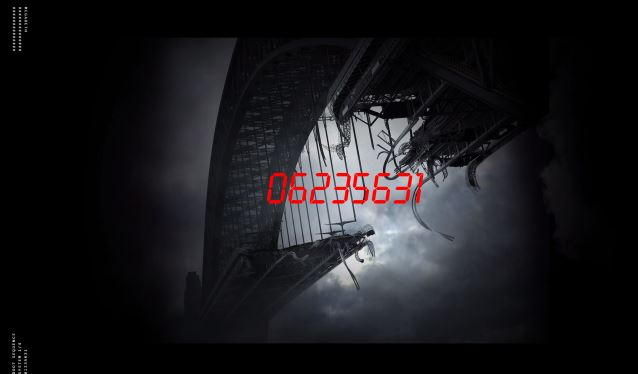