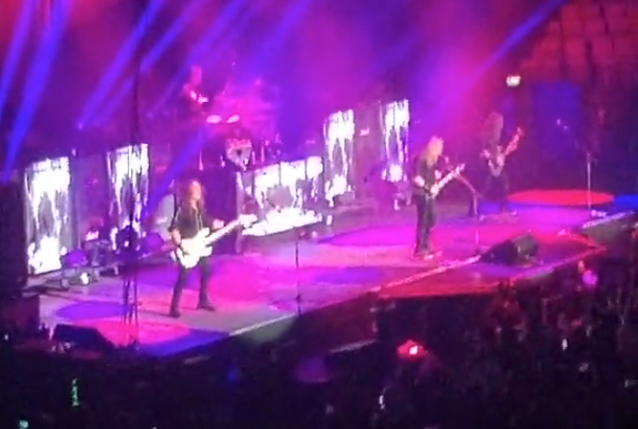 Mustaine and his bandmates opened for FIVE FINGER DEATH PUNCH at the Hartwell Arena with an 11-song set which included such favorites as "Hangar 18", "Peace Sells" and "Symphony Of Destruction".

Although most of MEGADETH's 2019 tour dates were canceled as Mustaine battled the disease, the MEGADETH-curated Megacruise — which took place in October — still departed as scheduled, with Dave absent from the ship.

MEGADETH has been working on its 16th album, which bassist David Ellefson said is due out early next year.