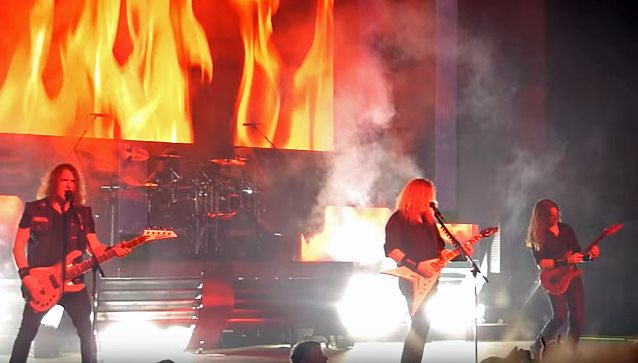 Fan-filmed video footage of MEGADETH's February 29 performance at The Warfield in San Francisco, California can be seen below.

MEGADETH mainman Dave Mustaine recently stated about the "Dystopia" title track: "'Dystopia' is probably more along the lines of something from 'Rust In Peace' — kind of 'Hangar 18'-ish. And the same way 'Fatal Illusion' is a lot like 'Black Friday' and 'Bad Omen', this song, really, is us returning a lot to our roots." 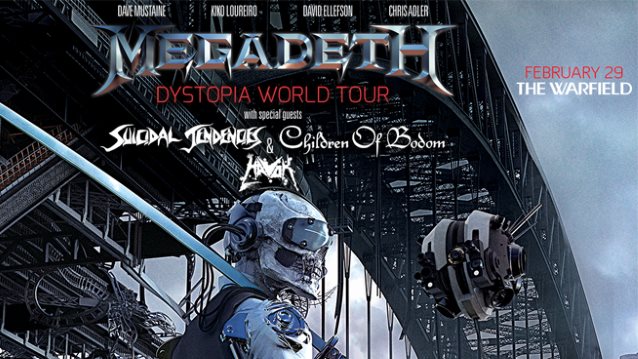