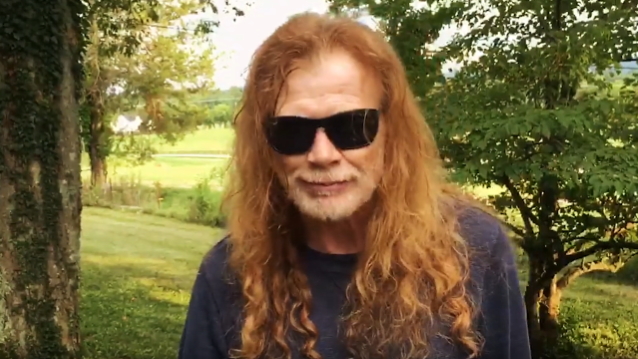 MEGADETH's Dave Mustaine has apparently parted ways with Dean and signed up with Gibson guitars.

Earlier today, Mustaine tweeted out a teaser video for what appears to be an official announcement that will come on February 23. Captioned "Countdown. 2.23.21," the 14-second clip features the MEGADETH mascot Vic Rattlehead walking through a cemetery before drawing a katana to reveal "Rust In Peace" etched on the blade. The video closes out by directing the viewers to visit Gibson.com.

Mustaine's Gibson announcement will come two months after a employee for the American guitar maker accidentally leaked an image of a guitar that some devoted guitar aficionados speculated could be Mustaine's new signature model. (See video below.) The same prototype model was also spotted in an Instagram post by Gibson CMO Cesar Gueikian.