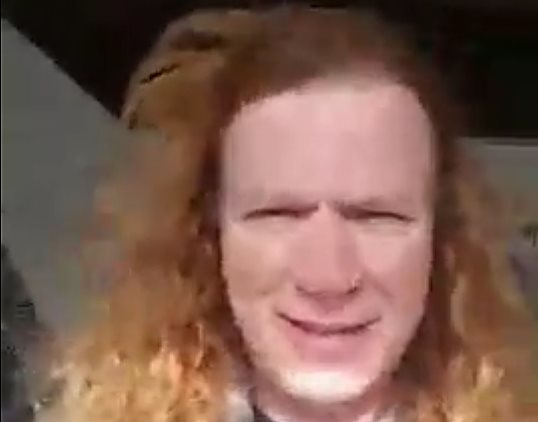 MEGADETH mainman Dave Mustaine posted a new video on Periscope, a live video streaming platform owned by Twitter, in which he gives the viewer a backstage tour of the Gods Of Metal festival in Monza, Italy. Check out the two-and-a-half-minute clip below.

MEGADETH played its first show with drummer Dirk Verbeuren (SOILWORK) on May 20 at the Rock On The Range festival in Columbus, Ohio.

Adler played drums on MEGADETH's latest album, "Dystopia", and has taken part in most of the band's live shows in support of the CD so far. On those shows where Adler was unable to play with MEGADETH, he was temporarily replaced by Tony Laureano (ex-DIMMU BORGIR, NILE, ANGELCORPSE), the veteran extreme-metal skinsman who has worked as MEGADETH's drum tech since 2011. However, going forward, MEGADETH will utilize the services of Verbeuren, the 40-year-old Belgian-born-and-now-Los-Angeles-based drummer who has been playing with SOILWORK since 2005. 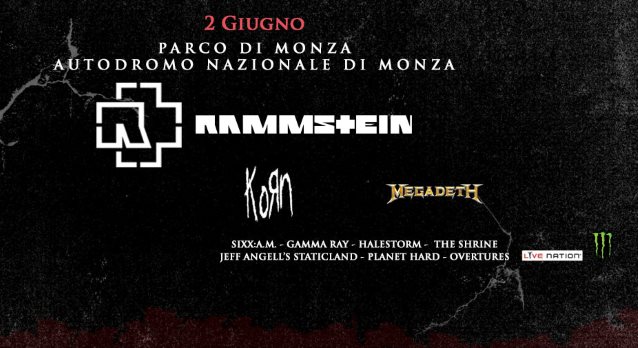