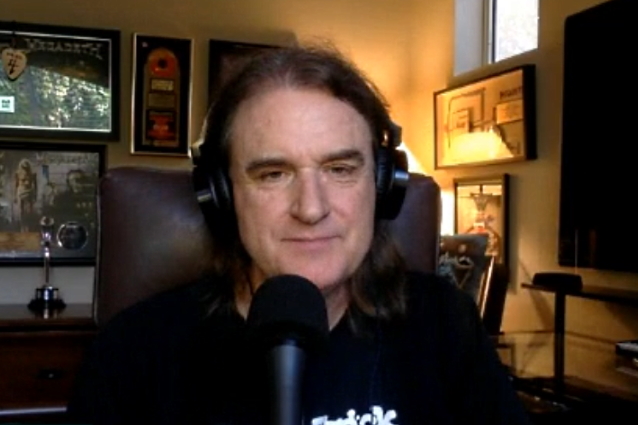 During a March 4 Twitch live chat with "Talkulture", MEGADETH bassist David Ellefson discussed the band's plans for the coming months. He said: "There's a new MEGADETH album being finished up. We have a big tour this summer — MEGADETH, LAMB OF GOD, TRIVIUM and IN FLAMES. Live Nation just put out an announcement, I think [on] Tuesday, saying all concerts are a go, 'We're gonna stay open,' 'Everything's gonna be great.' So, per that, hopefully we'll see everybody on tour this summer. So let's hope that happens. [We're staying] optimistic, and hopefully it keeps things going. It was rescheduled from last summer, so it'd be great if we could just get out and get rocking. So, [I'm] looking forward to seeing everybody out there."

MEGADETH's North American tour with LAMB OF GOD, TRIVIUM and IN FLAMES, dubbed "The Metal Tour Of The Year", is now scheduled to kick off on July 9 in Detroit, Michigan and end on September 10 in Las Vegas, Nevada.